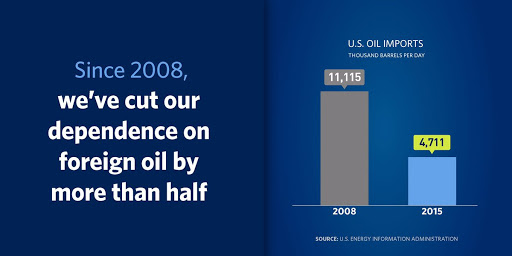 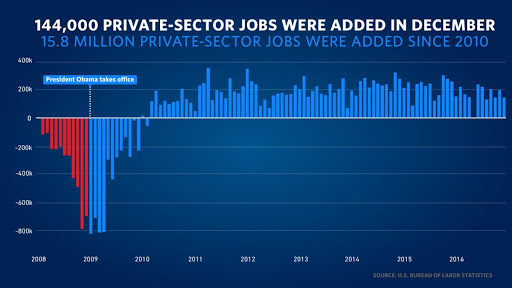 The economy added 156,000 jobs in December, extending the longest streak of total job growth in U.S. history to 75 straight months, with U.S. businesses adding 15.8 million jobs over the recovery.

Average hourly earnings for all private workers increased 2.9 percent over the past year, the fastest twelve-month pace since the end of the recession and above the pace of inflation in 2016.

The unemployment rate has been cut by more than half since its peak in 2009, falling much faster and further than expected. After peaking at 10.0 percent in October 2009, the unemployment rate fell rapidly over the course of the recovery, and by mid-2015 had recovered fully to its pre-recession average. Since then, it has fallen even further, standing at 4.7 percent at the end of 2016.

And while we’re at it, just a few more facts to add as Obama closes out his run as president: 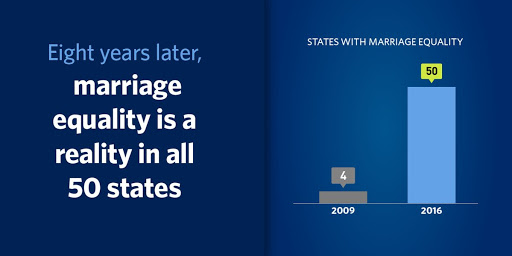 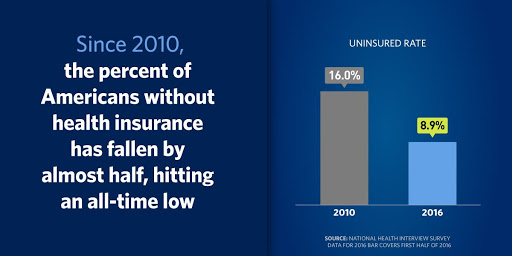 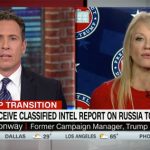 Kellyanne Conway: I'm Not Going To Admit Russia Helped My Boss, So Stop Asking Me To! 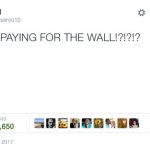 Tweet Of The Day: Who's Paying For The Wall? 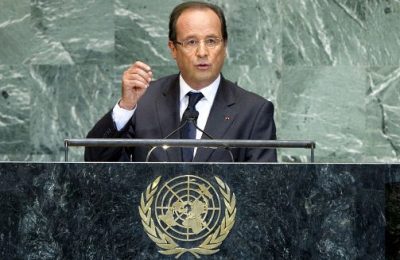 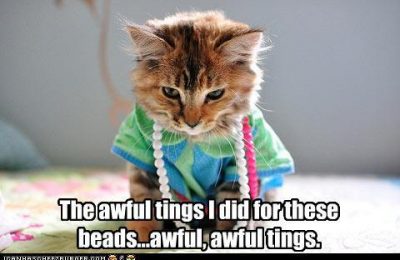 The things we do…. Happy Mardi Gras! 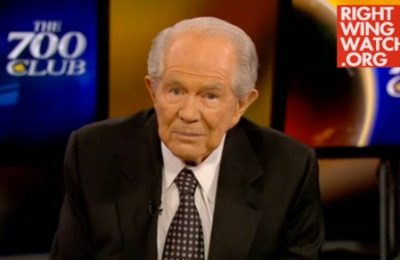 Pat Robertson: You Can Get AIDS From Towels