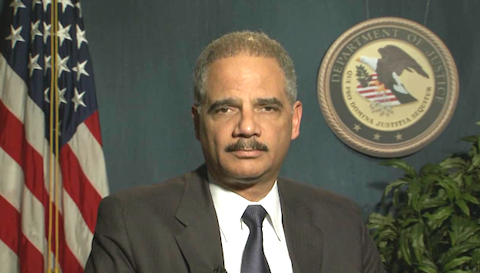 “After the Justice Department’s decision not to defend the constitutionality of Section 3 of the Defense of Marriage Act, the Supreme Court sent a powerful message that Americans in same-sex marriages are entitled to equal protection and equal treatment under the law. This landmark decision marked a historic step toward equality for all American families.

“The Supreme Court has announced that it will soon hear several cases raising core questions concerning the constitutionality of same-sex marriages. As these cases proceed, the Department of Justice will remain committed to ensuring that the benefits of marriage are available as broadly as possible. And we will keep striving to secure equal treatment for all members of society – regardless of sexual orientation.

“As such, we expect to file a ‘friend of the court’ brief in these cases that will urge the Supreme Court to make marriage equality a reality for all Americans. It is time for our nation to take another critical step forward to ensure the fundamental equality of all Americans – no matter who they are, where the come from, or whom they love.”