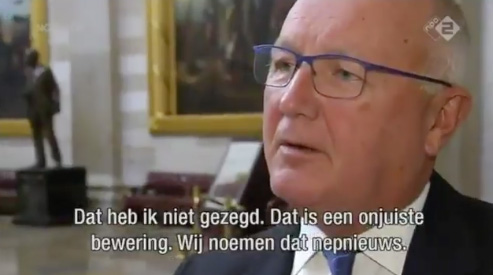 Donald Trump’s newly appointed U.S. ambassador to the Netherlands turns in a truly farcical performance here as he flip-flops within seconds on his own statements on camera.

Then the reporter shows video of Hoekstra saying exactly that.

Err, umm, what had had happened was…

I think the technical term here is called “stepping on your own dick.”

Another winning choice by Donald Trump.

Just perfect.
Dutch journalist to new US Ambassador: you said there were ‘no go zones’ in Netherlands, where are they?
Ambassador: That’s fake news, I didn’t say that
Journalist: We can show you that clip now.
Ambassador: Err 😳🤥 pic.twitter.com/8ohIOzmYAc