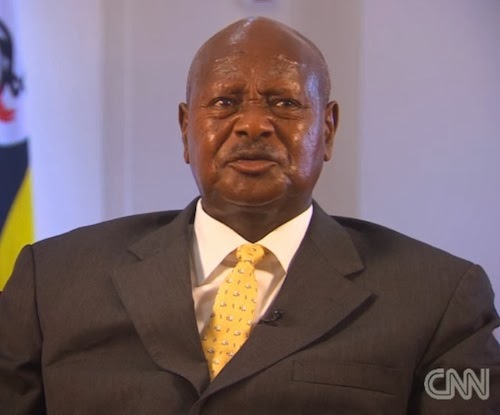 “Of course! They are disgusting. What sort of people are they? I never knew what they were doing. I’ve been told recently that what they do is terrible. Disgusting. But I was ready to ignore that if there was proof that that’s how he is born, abnormal. But now the proof is not there.”

Amid calls for the US to re-evaluate relations and monetary aid to his country, Museveni asked countries respect African societies and their values” and not interfere. “If we are wrong, we shall find out by ourselves.”

I say we pull whatever aid we give the country. Let them find THAT by themselves.

For now, it’s open-season on Uganda’s LGBT population. If found guilty under the new law – minimum 14 years in prison for an act of homosexual sex, life in prison for “aggravated homosexuality.”