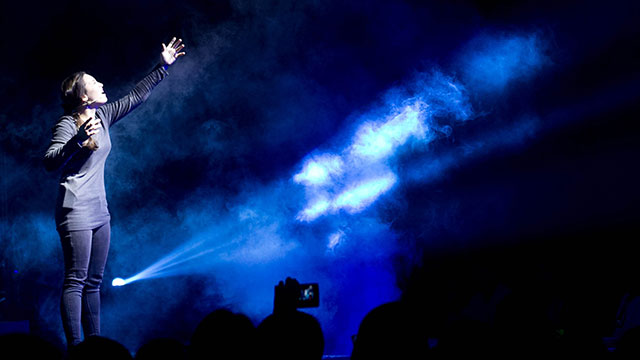 Barrington Stage Company and Berkshire Theatre Group have both worked with AEA to move forward with their plans.

Barrington Stage Company is producing Harry Clarke, a one-man show that will employ two Equity members, a performer, and a stage manager. It begins performances in August.

Berkshire Theatre Group is mounting the musical Godspell, an outdoor production with a cast of about 10 and two stage managers.

Both theaters have agreed to safety features that include testing for Equity members and those who come in contact with them.

Other new measures to ensure the safety of workers and audiences: Berkshire Theatre Group, for example, will stage Godspell outdoors for 96 audience members.

Barrington Stage Company is using its indoor facilities but has removed seating, reducing its house capacity to 163 down from over 500. Patrons will be required to wear masks.

It also has committed to an isolated backstage area and regular electrostatic spraying to clean the facilities. Additional entrances and exits are also being built, and all performances will be intermissionless.