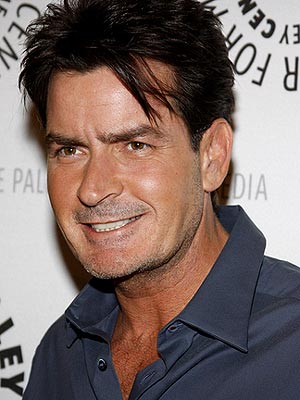 Charlie Harper, Charlie Sheen’s “Two and a Half Men” character, will meet a horrific death when he falls — or is pushed — in front of a Paris subway train, TMZ reported today.

Sheen was fired from the sitcom in March after blasting the show’s creator, Chuck Lorre, and network executives. He has since been replaced by former “That ’70s Show” star Ashton Kutcher.

According to TMZ, sources who attended the taping of Kutcher’s first episode yesterday have finally revealed how producers decided to kill Harper off.

They told the showbiz website that Harper marries Rose, the stalker with whom he flew to Paris last season, before meeting a grisly death in the French capital’s Metro network.

At the funeral for Sheen’s character, Rose reportedly says she found him in the shower with another woman. The following day, she says, he slipped and fell while the two were waiting for a subway — she describes the result as a “meat explosion” — with the implication that Rose probably pushed him.

Despite the gruesome end reportedly awaiting his on-screen persona, Sheen has apparently promised to host an at-home screening and a party to celebrate Harper’s demise.

On Wednesday, CBS Entertainment president Nina Tassler disclosed that Kutcher, 33, will play Walden Schmidt — an “internet billionaire with a broken heart” — as he takes over the vacant lead role.

The new character, unlike Sheen’s Harper, shares no family relation to the other characters, Tassler added.

The ninth season of “Two and a Half Men” premieres Sept. 19.