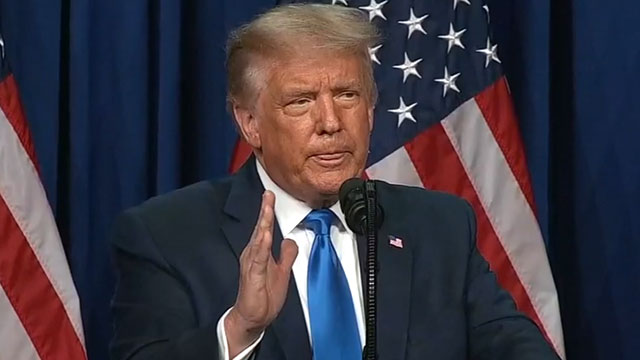 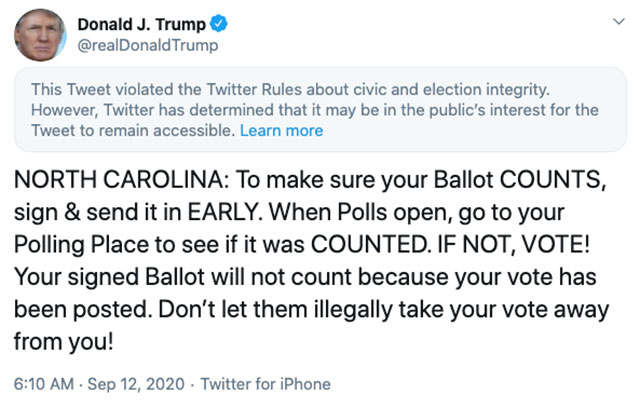 By the way, if you’re going to go to the polls to ‘check on your vote,’ why not just GO VOTE?

Stein’s tweet also included a link where NC voters can track their mail-in votes to make sure they are counted.

NORTH CAROLINA: Do NOT do what the President directs. To make sure your ballot COUNTS, sign and send it in EARLY. Then track it ONLINE with BALLOTTRAX. Do NOT vote twice (it’s a felony), or waste your time, or unnecessarily risk exposure to more people. https://t.co/jOKYoR4hnr https://t.co/1cF6tJoHA4

The only GOOD thing about the President’s tweet is that he FINALLY encourages voters to VOTE BY MAIL. It’s an easy, safe & secure way to cast a ballot. To request yours: https://t.co/NPfKjxLyhz