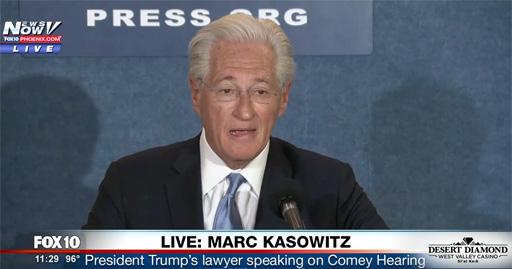 Axios points to these excerpts:

“It is overwhelmingly clear that there have been and continue to be those in government who are actively attempting to undermine this administration with selective and illegal leaks of classified information and privileged communications. Mr. Comey has now admitted that he is one of these leakers.”

“We will leave it [to] the appropriate authorities to determine whether [these Comey] leaks should be investigated along with all those others being investigated.”

Kasowitz also claimed that Comey’s releasing details of his conversations with President Trump violated executive privilege and that it constituted a “leak.”