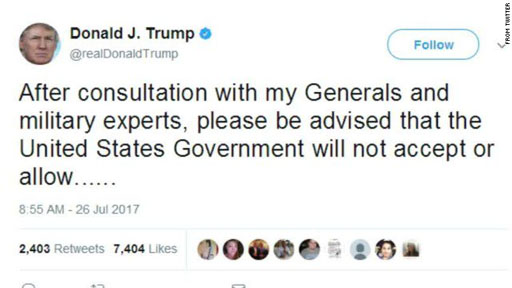 Even though Donald Trump began his tweet banning transgender military service members by stating, “After consultation with my Generals and military experts…” it’s become clear that the top military leaders at the Pentagon were surprised by the bombshell announcement yesterday.

As CNN’s Pentagon correspondent Barbara Starr points out, today’s announcement from the chairman of the Joint Chiefs of Staff, stating there will be no changes in policy in the short term, does not offer any clear support for the president’s sudden shift in direction on transgender military.