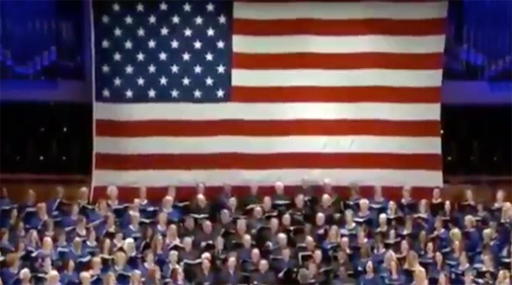 President Trump celebrated Independence Day by treating his Twitter followers to a choral rendition of his own campaign slogan, “Make America Great Again.”

The campaign tune was performed by the choir from the First Baptist Dallas Church, home of the far right wing, anti-LGBT Christian extremist, Dr. Robert Jeffress.

He then pushed for South Korea, Japan and China to do something about the incident.

Ironically, Trump wrote, “Does this guy have anything better to do with his life?” A question many Americans want to ask Trump himself considering his time spent tweeting.

North Korea has just launched another missile. Does this guy have anything better to do with his life? Hard to believe that South Korea…..

….and Japan will put up with this much longer. Perhaps China will put a heavy move on North Korea and end this nonsense once and for all!