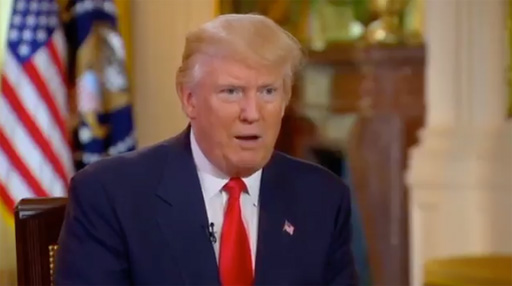 Well, we all saw this coming.

Politico is reporting that President Trump has invited conservative leaders to a signing at the White House Thursday. Most observers expect this will be the long-awaited executive order on promoting religious liberty over LGBT rights.

Two senior administration officials confirmed the plan, though one cautioned that it hasn’t yet been finalized, and noted that lawyers are currently reviewing and fine-tuning the draft language. Thursday is the National Day of Prayer, and the White House was already planning to celebrate the occasion with faith leaders.

The signing would represent a major triumph for Vice President Mike Pence—whose push for religious-freedom legislation backfired mightily when he served as governor of Indiana—and his allies in the conservative movement.

According to the above-linked report, the order is only slightly revised from the sweeping anti-LGBT order that was leaked to the press in February.

In February, The Nation obtained a draft of the executive order. “The draft order seeks to create wholesale exemptions [from antidiscrimination laws] for people and organizations who claim religious or moral objections to same-sex marriage, premarital sex, abortion, and trans identity, and it seeks to curtail women’s access to contraception and abortion through the Affordable Care Act,” the progressive magazine reported at the time.

The ACLU has already weighed in: