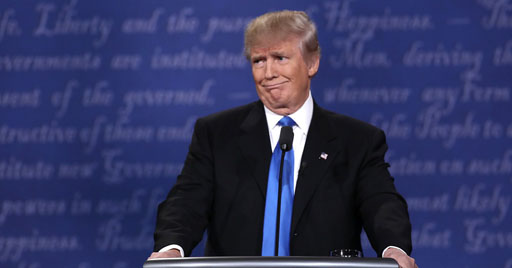 Last night, President Trump spent several minutes telling congressional leaders from both parties that he still believes he truly won the popular vote in the presidential election because 3-5 million votes were cast illegally.

The issue remained in the spotlight today as reporters asked White House press secretary Sean Spicer about the issue:

“The president does believe that. He has stated that before. I think he’s stated his concerns of voter fraud and people voting illegally during the campaign and continues to maintain that belief based on studies and evidence that people have presented to him,” Spicer told reporters at the daily press briefing.

Pressed for evidence to support the claim, Spicer said only, “I think the president has believed that for a while, based on studies and information he has.” He did not say what those studies or information were.

During the course of the press conference, Spicer grew visibly frustrated at the repeated questions about Trump’s false claim. “He believes what he believes based on the information he was provided,” Spicer told CNN’s Jeff Zeleny. Asked what Trump’s belief means for American democracy, Spicer snapped, “It means I have answered your question.”

What neither Spicer nor Trump have explained to date is, if Trump truly believes there was such astronomical voter fraud, why hasn’t the president called for a massive investigation?