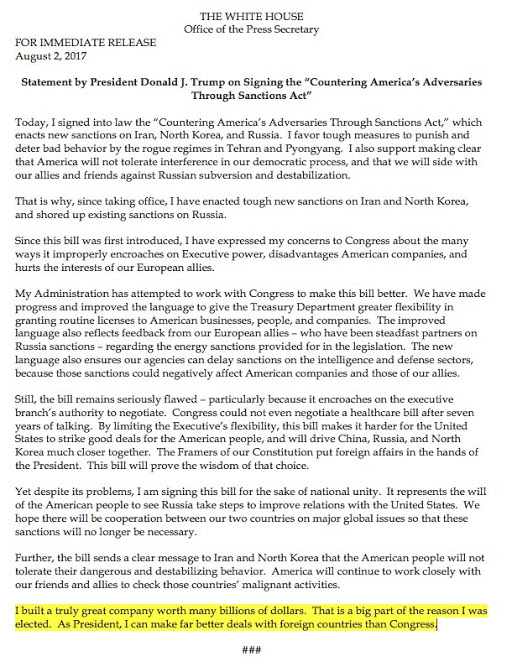 President Trump signed the bipartisan sanctions legislation passed in Congress today, but in doing so issued a signing statement explaining his thoughts on the bill.

Last week, Trump’s press secretary announced, “President Donald J. Trump read early drafts of the bill and negotiated regarding critical elements of it. He has now reviewed the final version and, based on its responsiveness to his negotiations, approves the bill and intends to sign it.”

But today, Trump says the legislation is “flawed.”

It’s worth noting the president really didn’t have a choice in signing the bill. The legislation was passed with a veto-proof bipartisan majority. Any veto would have easily been overridden, causing the Trump administration even further embarrassment. 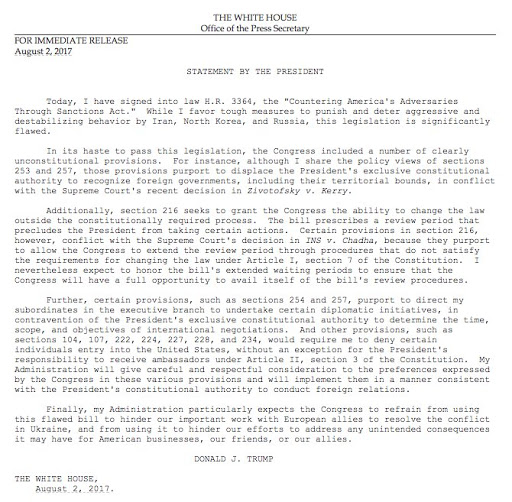 He also offered remarks to reporters in a separate statement which, of course, takes a dig at the GOP-controlled Congress: “Congress could not even negotiate a health care bill after seven years of talking.”

And then there’s the last line: “I built a truly great company worth many billions of dollars. That is a big part of the reason I was elected. As President, I can make far better deals with foreign countries than Congress.”