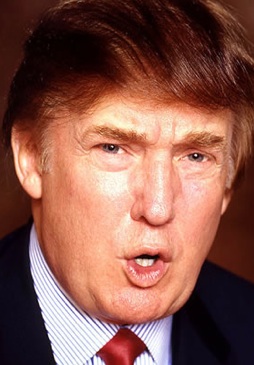 Trump says he may still run for president

He also mentioned he wouldn’t ask for campaign donations; he would use his own funds.

“It’s hard for Trump to run and have somebody who is struggling say I’m going to send him $100 or $1,000,” Trump said, referring to himself in the third person three times. “They’d say I love Trump, I’m going to vote for Trump but it’s even nicer that he doesn’t need my money.

“Other people don’t give up anything when they run,” he said. “You give up a top, prime-time television show and I don’t want to sound trivial – but that’s a lot.”

Referring to the current GOP nominees: “They want my endorsement, not my money, and the reason is because I have millions of people … that really want to hear what I say,” Trump said.

Asked when he would make a final decision about a run if the right person was not chosen, Trump said after the next season of The Apprentice wraps in May 2012.

“You don’t need a lot (of time) in the age of television, of computers … to be honest and, you know, most people know where I stand anyway,” he said. “I’m a free agent right after the (season ends), which is May 15.”