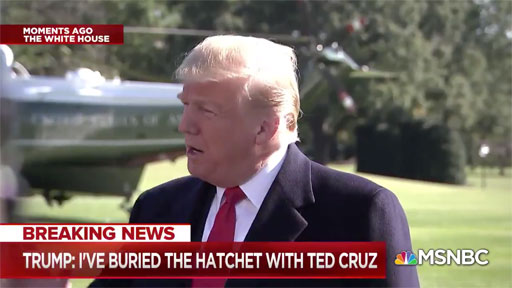 Donald Trump says that he and Texas Republican Sen. Ted Cruz have buried the animosity of the 2016 Republican primary as he heads to Texas today.

Trump is traveling to Texas to hold a massive get-out-the-vote rally for Cruz in the final days of a closer-than-expected race against Democrat Rep. Beto O’Rourke.