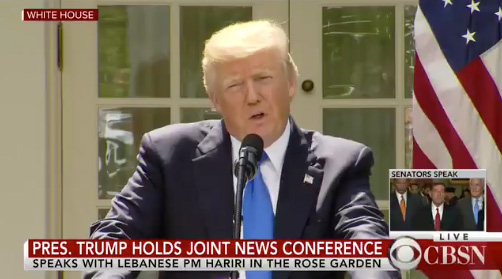 During a press conference with the Prime Minister of Lebanon, Donald Trump was asked whether he wants his Attorney General to resign.

Trump says US intelligence agencies are “leaking like rarely have they ever leaked before” https://t.co/5j8eSlJjm3 https://t.co/MzQWOKa7o9

And, of course, there’s this:

McConnell: Jeff Sessions “is doing a fine job and made the right decision to recuse himself from the Russia matter.” https://t.co/QQsehygVLo