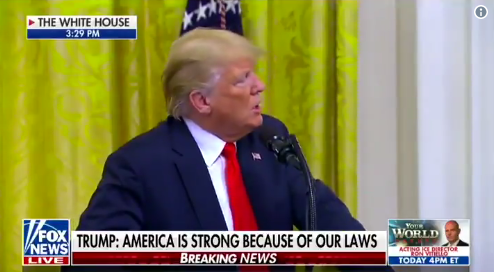 Now, what does that have to do with anything?

Trump is speaking at a ceremony for immigration agents. He just called a border officer with a Latino name up to the microphone to speak and commented that the officer speaks “perfect English.” He’s American.

While introducing a Latino border patrol agent the president said that he “speaks perfect english” at a public event at the White House but you can keep on looking for an N word tape if you want to https://t.co/ADZCPNvx6k