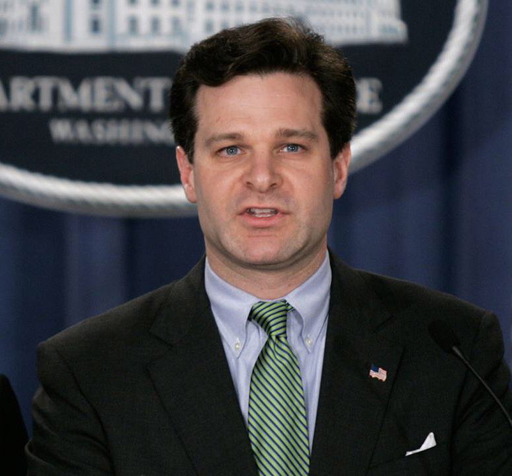 Wray has been in private practice for the past 12 years, working in litigation as a partner at the King & Spalding law firm in Washington and Atlanta. From 2003 to 2005, he was the assistant attorney general leading the Justice Department’s criminal division. In that post, he worked under attorneys general John Ashcroft and Alberto Gonzales — as well as former FBI Director James Comey, who was then the deputy attorney general.

From 1997 to 2001, Wray was an assistant U.S. attorney in north Georgia. In May of 2001, he rose to become an associate deputy attorney general at the Department of Justice, according to his biography at King & Spalding.

According to that bio, Wray “has substantial federal appellate experience, including successful oral arguments before the U.S. Court of Appeals for Eleventh Circuit sitting en banc and before the U.S. Supreme Court.”

Wray graduated from Yale University in 1989 and also attended law school there, serving as executive editor of the Yale Law Journal.

I will be nominating Christopher A. Wray, a man of impeccable credentials, to be the new Director of the FBI. Details to follow.