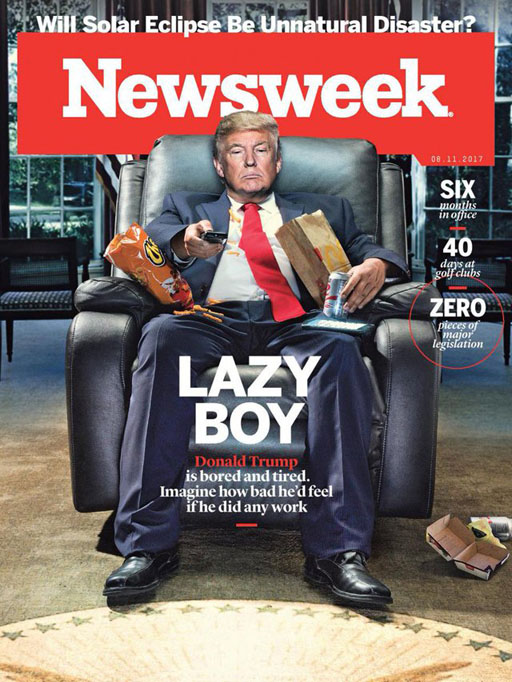 From the Newsweek article:

Now that he’s president, Trump frequently departs the White House and spends the weekend golfing at either his South Florida resort, Mar-a-Lago, or his country club in the New Jersey suburb of Bedminster. The promise he’d made a year before was discarded so quickly, you have to wonder if he even remembers making it. Politico did the legwork: George W. Bush didn’t golf for the first five months of his presidency, while Obama stayed away from his beloved links for four months following his inauguration. Trump held out for all of two weeks. He has visited a golf club 40 times since taking office in January, according to the self-explanatory site Trump Golf Count, which estimates the forays have cost American taxpayers $55 million. Another Trump tracker, this one by The New York Times, finds that his visits to Trump-branded properties total 56 days, nearly a third of his time in office.

For those who think the “Trump Golf Count” is mean-spirited, I’ll just say had Trump not harangued Obama about golfing for years, and then turned to the golf course so incessantly himself in an amazing feat of hypocrisy, no one would care.

You get what you put out.