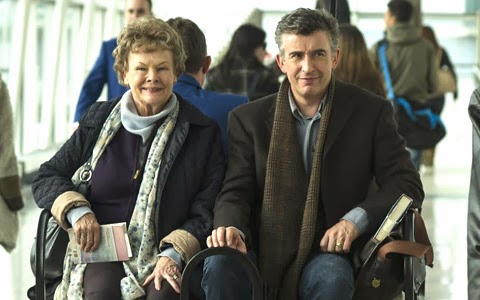 Judi Dench stars in the title role of Philomena Lee, a woman determined to recover a son she was forced to give up for adoption in the 1950s, when she bore the child out of wedlock within a conservative Irish Catholic community.

With the assistance of a reporter from the BBC (Steve Coogan), Philomena embarks on her quest for reunion and redemption with a grown son, who, as she discovers, is a gay politician.

Based on a true story, the film has garnered acclaim from critics, who hail Dench’s performance as well as the screenplay, written by Coogan, which moves the audience to both laughter and tears.

Philomena premieres this weekend in New York and Los Angeles. Watch the trailer below.