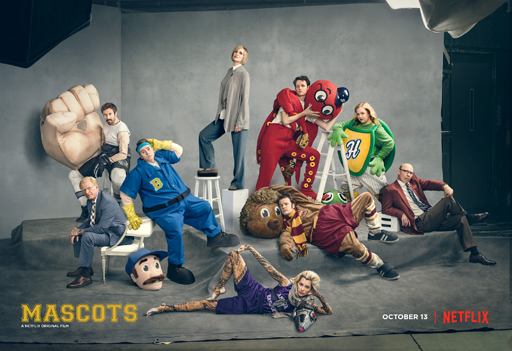 From the wild and wacky world of Christopher Guest, who created the hilarious Waiting For Guffman, A Mighty Wind, For Your Consideration and Best In Show, comes Mascots.

“Mascots don’t die, they just hang in a closet.”

Starring many of his regular troupe of actors, this latest film takes place in the ultra-competitive world of sports mascots where they compete for the most prestigious award in their field, the Gold Fluffy.

The film was written by Christopher Guest & Jim Piddock and produced by Karen Murphy.

Look for Mascots to begin streaming on Netflix beginning October 13, 2016.