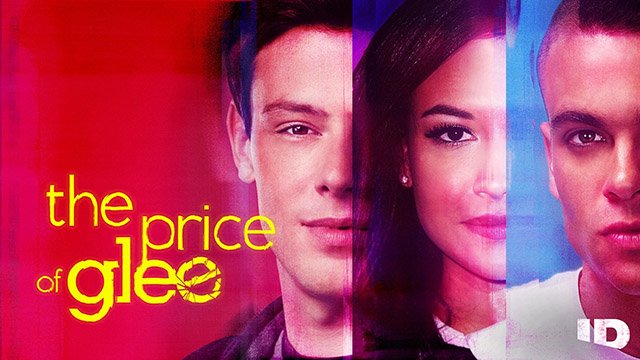 ID recently released the official trailer of the upcoming docu-series The Price of Glee, which explores the new-found fame of the young cast of the hit Fox musical series as well as the deaths of series stars Cory Monteith, Mark Salling and Naya Rivera.

As the beginning of the trailer notes with chilling effect: “In May 2009, 10 young actors made their TV debut on GLEE. By 2020, all of them would be famous. And three of them would be dead.”

• Monteith died in July 2013 at the age of 31 of an overdose in the middle of GLEE’s six season run.

• Salling was arrested in 2015 for possession of child pornography, and was expected to serve prison time after pleading guilty in 2017. But the actor, who was 35, committed suicide in January 2018.

• In July 2020, Rivera was reported missing during her boat trip with her son. Her body was eventually found days later, her death declared an accidental drowning at the age of 33.

The trailer features past interview clips of the late cast members, and it also shows a glimpse of exclusive interviews with family members, including Rivera’s father.

“With unbiased filters, hear directly from those outside of the cast bubble who can provide no-strings-attached perspectives, such as: relatives and friends of ‘Glee’ cast members; those who were on the set and close to it such as set decorators, hairdressers, stylists and publicists; and entertainment reporters who covered the phenomenon.”

To be honest, when this was first announced I assumed it was going to be a behind-the-scenes kind of thing about the making of the show – retrospective about the actors and the show’s impact on pop culture.

But this trailer would appear to suggest it could be an attempt to exploit the deaths of the three stars. I’ll be watching, and hope I’m wrong.

Former cast member Chord Overstreet has said in interviews that none of the cast took part in the docu-series.

The 3-part limited series – The Price of Glee – is scheduled to premiere on January 16 on Investigation Discovery.