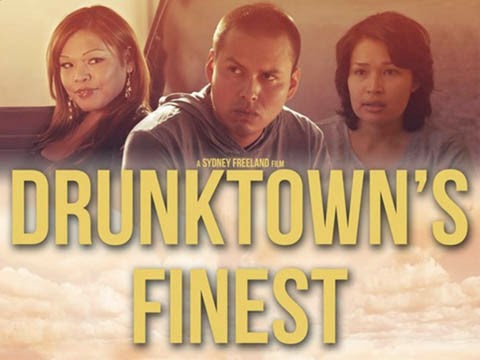 Independent feature film, Drunktown’s Finest, following an acclaimed run on the festival circuit, is coming to theaters this season. Presented by executive producer Robert Redford, the film will open in New York City at the Quad Cinema on February 20, in Los Angeles at the Arena Cinema on February 27 and follow in select markets over the coming weeks.

Synopsis: Drunktown’s Finest is the coming-of-age story of three young Native Americans – a college-bound Christian girl raised by white parents, a rebellious and lost father-to-be, and an aspiring transsexual model – as they struggle to escape the hardships of life on a Navajo reservation in New Mexico.

As the three find their lives becoming more complicated and their troubles growing, their paths begin to intersect. With little in common other than a shared heritage, they soon learn that the key to overcoming their obstacles may come from the most unlikely of sources, each other.

Check the trailer below and the official Facebook page here.