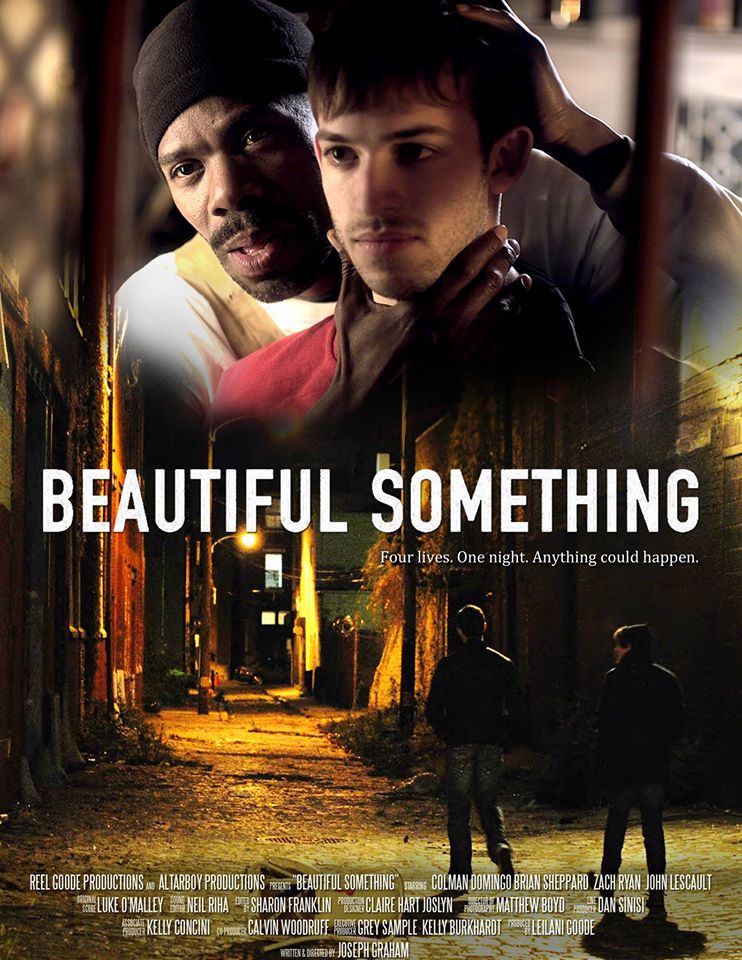 Joseph Graham’s Beautiful Something will have a May 17th digital and cable release after an acclaimed year on the LGBT festival circuit and a theatrical run in New York and LA.

The critics were duly impressed:

• “rough, sharp and to the point” – Frontiers Media

You can find the film on iTunes here.

Beautiful Something follows four men on their interlocking searches for sex, art, love, and identity within the City of Brotherly Love.

Brian (Sheppard), a poet with an already-spent advance and a looming deadline, seeks distraction at dusk-whether that means a hook-up (or two) or confessing his love to his straight best friend.

Drew (Domingo), a renowned sculptor in love with his boyish muse, is eager to finish his latest creation. His model Jim (Ryan) is an unpredictable aspiring actor prone to dramatic outbursts. Simultaneously aroused and intimidated by Drew’s talent and devotion, Jim yearns for a modicum of freedom from the sculptor’s attentions.

Rounding out the quartet is Bob (Lescault), a wealthy, alcoholic talent agent, cruising the Philadelphia backstreets for a “beautiful something.” Despite his aimlessness, he usually finds his target.