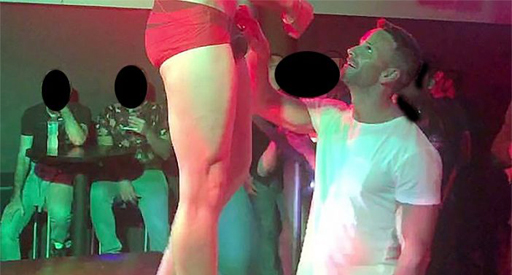 Other outlets are designating Cormier as an Instagram “influencer,” but I’ve honestly never heard of him. This post will probably be the most exposure he ever receives, considering after perusing his IG account, his life goals seem to be perfecting his abs and hanging with shirtless boys.

A trainer friend of mine pointed out he might want to balance some other body parts during workouts like his under-developed pecs or even consider a ‘leg day’ once in a while, but I’m not an expert so,…

Now, Cormier could have just shared the pic with “a guy with great abs,” but instead went to the trouble of tagging Schock in the photo. So, Cormier had to know the attention (and not the good kind) he was about to attract.

And, maybe that’s the point. As one commenter wrote, “When abs are more important than principles.”

As I’ve reported many times, during his time in the House of Representatives, the Republican congressman from Illinois took public positions against LGBTQ issues like voting against the repeal of Don’t Ask Don’t Tell, and for the anti-same-sex marriage Defense of Marriage bill. All while rumors abounded that he was a closeted gay.

In the past several months, Schock has been seen hanging with shirtless gays at Coachella, as well as making out and sliding his hands down the pants of a guy at the music festival as well.

In the photo above, Schock was captured tipping a gay go-go dancer in Mexico City.

You can find more on Mr. Schock’s escapades here.

James Duke Mason, who previously shared the photo of Schock at Coachella, wrote on the post:

“Jeremy, you know I love you, and you’re entitled of course to associate with whomever you choose to associate with- but this is disappointing. I don’t know who @aaronschock is in his heart, but this is a man who spent a decade actively fighting our rights and has STILL not apologized for it publicly. Think about the LGBT youth who have literally taken their lives because of anti-gay politicians like Aaron. This post really breaks my heart.”

Many of the comments noted the vast dearth of people of color in Cormier’s IG account.

I scrolled through his entire IG feed going back to 2013. There’s seriously not one black or brown face in any photo. In six years of posts.

Oh, wait – I did see one Asian man in a photo from 2016, but that was about it in terms of diversity.

Other than his abs, the only thing on display appears to be a sea of white gay men.

I think that tells us everything we need to know.

Maybe Cormier has more in common with Mr. Schock than we know.

Just to prove irony is dead, Mr. Cormier’s next IG post was attending a same-sex wedding, which Schock opposed while in office.

“Nothing to see here, just a disgraced anti-gay politician who refuses to acknowledge his hypocrisy and the harm he has done to our community…”

“The dude’s Instagram feed is all the response y’all need. Look at it. What do you notice? Jeremy is more comfortable posting photos with antigay politicians than with anyone who isn’t nonwhite. White supremacy is a spectrum and takes on several forms from mild to serious, but the reality is Jeremy probably just shares Aaron’s worldview. ¯_(ツ)_/¯”

“What do y’all expect from an Instagram that’s a sea of white faces. These instagays who live in the world’s most diverse cities (New York, Los Angeles, etc.) and yet manage to never socialize with or build friendships with a single person who isn’t white have long ago told us who they are.”

“I thought trash was picked up on Mondays in Malibu.”

“This is so fucking corny and so typical of the instagay community. How do you not care he voted against our communities interest while in congress?”

“It’s the epitome of what white gay privilege looks like.”

Note – I did email Mr. Cormier to see if he had any statement he’d like to make about the post and Mr. Schock. I’ve not received a reply at this time. If he does respond, I’ll be sure to update this post. 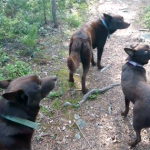 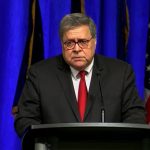 AG Bill Barr On Epstein Suicide: "We Will Get To The Bottom Of This" 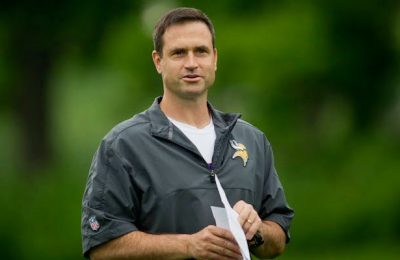 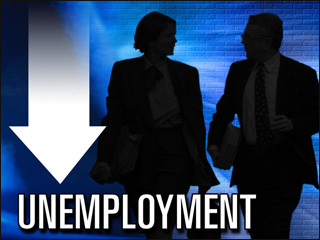