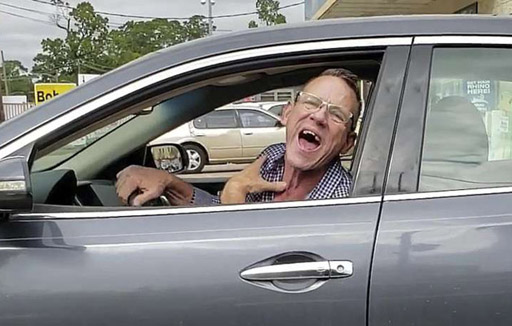 Janet Sabriu was driving to her polling station in Houston last week when an angry, middle-aged gay Trump supporter pulled alongside her at a traffic light and began spewing racist, misogynistic slurs.

“You’re driving in two lanes, you stupid b*tch!” the man screams. “That’s not how we drive in America. Trump’s deporting your stupid cousins today, b*tch!”

Somehow, Sabriu, an American citizen, remained calm and asked the man if he had voted yet.

“You’re ugly, you need a gay friend to help you with makeup and clothes,” he continued as Sabriu’s young daughter sat in the backseat listening to his tirade. “Ugly b*tch – ugly tacky stinky skanky b*tch!”

Throughout the incident the racist laughed with a cackle that you would expect to hear coming from the Wicked Witch of the West in The Wizard of Oz.

Can we make this pleasure of a guy famous? Twitter is good at taking down racists. Took place in Houston. @MollyJongFast @krassenstein @EdKrassen @MattNegrin pic.twitter.com/Bbh5BpFfRP

This being 2018, the hideous man (dubbed the “toothless racist” on Twitter) was quickly identified by social media users as Charles Geier, a 58-year-old gay man.

Sabriu told local news station KHOU that she has filed a police report against Geier.

“We have to stop all of this hate,” Sabriu told the station. “Speak up. Don’t be afraid. That’s the only way that we can stop all this hate is just showing and exposing the people because I think the majority [are] good people that don’t want this to continue.”

According to a new study released by Pew Research Center last week, nearly four-in-ten Latinos have experienced harassing incidents since the Trump administration launched a tougher stance on immigration enforcement.

Geier apologized saying, “All I want to say to her is ‘Miss, I’m so sorry, I hope you can understand more and I wish you nothing more than love and happiness for your family.”

Geier told KTRK that he takes full responsibility, “I reacted in a poor manner, I said things that were offensive that I shouldn’t have said, but what I want people to know is that I suffer from bi-polar disorder. It’s very real, it’s not a joke, it’s not an excuse.” 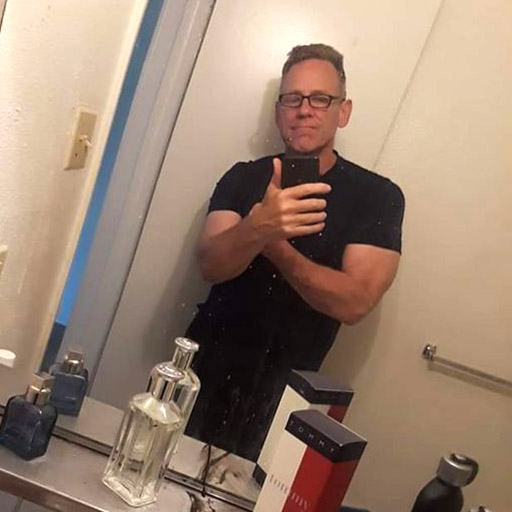 And speaking of excuses, Twitter had no patience for Geier and his hate.

First off #CharlesGeier, would think a gay man. might have more tolerance towards others in a minority. I’m sure you have had your share of name calling, and I’m sorry you are bitter, but passing that bitterness on is unexcuseable. Second, try using a signal to cut across lanes

#CharlesGeier needs to not be gay. We don’t want him.

https://t.co/8GlsSZnWGQ
Charles Geier was driving around & saw a woman who did not look just like him & decided it would be good to scream at her & her toddler daughter to get out of “his” country. I don’t know about others, but I would sure rather *he* left.#BathroomSelfieGuy

The major irony here is about 99% of his fb friends are seemingly gay latino men… get off the racist meth tirade train Charles Geier – you’ve been outed for the sad little man you are #texas #twitter #draghimforfilth #recieptshavebeenposted #StopTheHate https://t.co/y1dqKgU3Gp