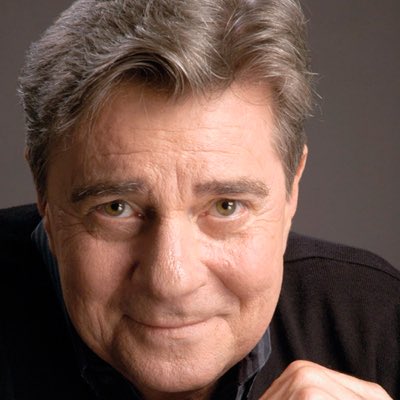 Tony Award-winner Gary Beach, who brought the singing and dancing candlestick “Lumiere” to life for the original Broadway production of Disney’s Beauty and the Beast and won a Tony Award for his gayer-than-gay, show-stopping performance as director “Roger De Bris” in the mega-hit musical The Producers, has passed away at the age of 70.

Making his Broadway debut as the understudy for the role of “Edward Rutledge” in the original Broadway run of 1776 in 1969, Beach eventually took over the role and played “Rutledge” until the show closed in 1972.

Many other shows on the Great White Way would follow including, the short-lived Something’s Afoot, Annie, and Doonesbury.

Waiting for him after all those shows, however, was the role of French candlestick “Lumiere,” who led a cast of singing/dancing plates, spoons and saucer imploring Belle to “Be Our Guest” in Beauty and the Beast—the first full-scale Disney musical on Broadway which opened in 1994.

His slapstick-to-perfection performance brought him the 2001 Tony Award for ‘Best Featured Actor in a Musical.’ Beach returned to the role for the 2005 film adaptation alongside fellow original Broadway cast members Nathan Lane and Matthew Broderick.

Here’s an extended clip of Beach’s big number in The Producers. He makes his entrance as ‘Hitler’ at the 6:00 mark:

Beach continued to star on Broadway, taking on the role of “Albin” the 2004 revival of Jerry Herman’s La Cage aux Folles (another Tony Award nomination) and as “Thénardier” in the 2006 revival of Les Misérables.

His stellar career is only surpassed by the love and admiration of his fellow theatre artists.

Before becoming a journalist, I had a career on the Broadway stage. Although I never worked with Gary, I met him several times. And he was always the definition of warmth and kindness.

More importantly, though, are the messages flooding my Facebook and social media – my friends who did work with him 8 shows a week for so long.

Reading through Facebook and Twitter, some of the most veteran performers of the Broadway stage shared their love and devotion to the master artist.

If I could impart anything about the memory of this top-tier artist to you, its the incredible, universal affection the theatre world has for Gary.

Gary is survived by his husband, Jeff Barnett.

Dear Gary Beach . So sad to hear this. What a vessel of joy he was & always will be in my mind & heart . Love & condolences to his husband & loved ones. RIP 🙏💫💖 https://t.co/ggQuNV9vQf

I’m so stunned and saddened to hear about the passing of Gary Beach, our wonderful, original Lumiere in the stage production of BEAUTY AND THE BEAST. Gary was such a bright star, a brilliant artist and a truly warm and caring human being. RIP Gary. XOXOX

Words do not express how heartbroken I am of Gary Beach’s passing. An amazing actor and performer as well as being one of kindest human beings I have had the privilege to work with. Your humor and your generous spirit will live on.

Rest In Peace my friend.

Man, was I lucky to get to be on any stage with Gary Beach. Pretty sure a gazillion actors feel the same. Nobody made me laugh harder. Nobody like him. 💔 https://t.co/fCQYvljtkP pic.twitter.com/FrlXz4nhkG