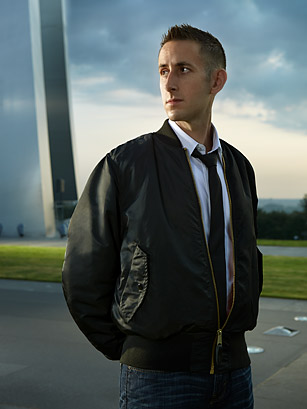 On May 25, Time magazine introduced the world to “Officer X,” a closeted, active service member who would blog anonymously about the DADT repeal until it got repealed.

Well DADT has been repealed, so who is he?

In his coming-out article Johnson said, “Putting aside personal angst, there was the risk [that DADT] posed to our national security; with Don’t Ask Don’t Tell ended, the possibility of extortion evaporates. Our nation will be stronger because of the policy’s demise.”

His posts have been thoughtful, inspiring and courageous.