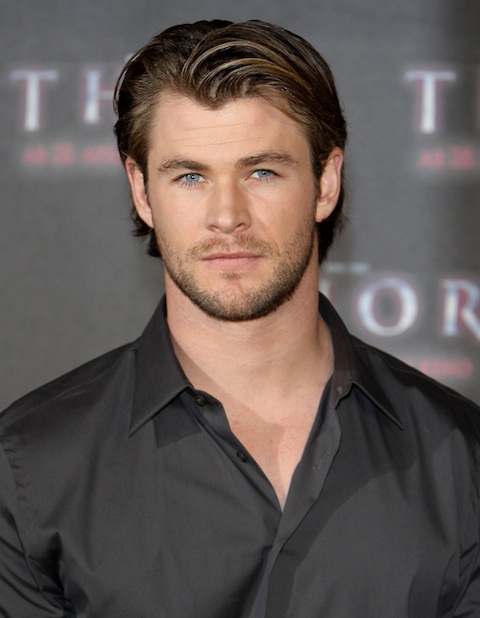 Thor opened to a strong $66 million from 3,955 theaters at the domestic box office.

Overseas, where the movie debuted first, Thor has earned an impressive $176 million in only 11 days — better than the lifetime international gross of fellow Marvel properties X-Men ($139 million) and Fantastic Four ($175.9 million). Thor’s worldwide total is $242 million.

All along, Paramount said the film would open better than X-Men and Fantastic Four, which debuted to roughly $56 million domestically, but not reach the heights of Spider-Man or Iron Man, which cleared $100 million.

Yeah – I know there are pics of Hemsworth as “Thor” – I just like this one.