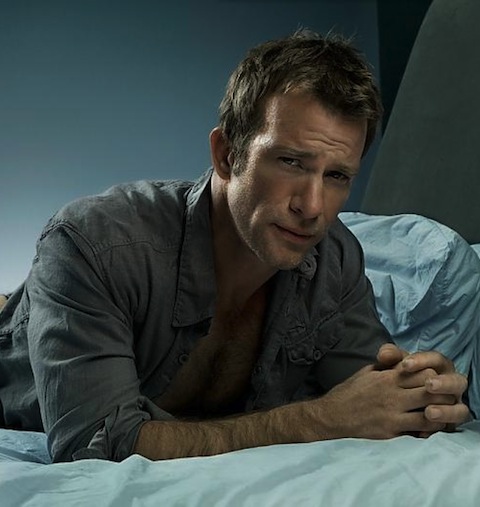 Thomas Jane, who plays a gigolo on the new HBO series “Hung,” revealed that he used to turn tricks while living as a homeless teen in Los Angeles.

Jane says he was an out-of-work actor, and often performed sexual acts with men to make ends meet.

The actor tells the L.A. Times, “When I was a kid out here in L.A., I was homeless. I didn’t have any money and I was living in my car.”

“I wasn’t averse to going down to Santa Monica Boulevard and letting a guy buy me a sandwich. Know what I mean?”

Jane says, “Being a young artist and broke in Los Angeles, I was exploring my sexual identity,” noting that the experience was productive for him in that it “blew the doors off of my conventional upbringing and thinking and opened up possibilities for me.”

The actor, who has been married twice – most recently to Patricia Arquette – says he doesn’t regret his sexual “experimentation,” stating, “Until you’ve tasted the food, you don’t know whether you’ll like it or not, as my mom always said.”