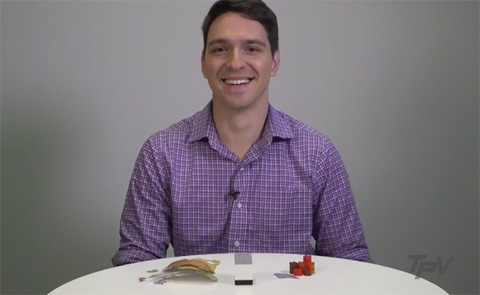 Under the proposal, the Persian nation must limit its stockpiles of uranium and plutonium in order to secure sanction relief from the west.

IGOR VOLSKY: This wall of legos represents the sanctions that separate Iran from the Western world.

The West has long suspected that Iran is pursuing nuclear weapons. Now, Iran denies this, but it continues to acquire the nuclear materials necessary for a bomb. As a result, the West continues the sanctions.

This has isolated Iran and pushed it to the negotiation table.

Under the agreed-upon terms, Iran must dramatically reduce its nuclear materials, making it much more difficult to acquire a bomb. It will also have to allow international inspectors in to ensure that it’s keeping its word. Then, the sanction wall will begin to crumble.

If Iran violates the agreement, the inspectors will alert the west and they will build the sanction wall right back up.

Now, critics argue that an empowered Iran could destabilize the Middle East and fund terror groups. The world, including the United States, will certainly have to come up with a policy to counteract any nefarious activities, but at least those threats won’t carry nuclear weapons.