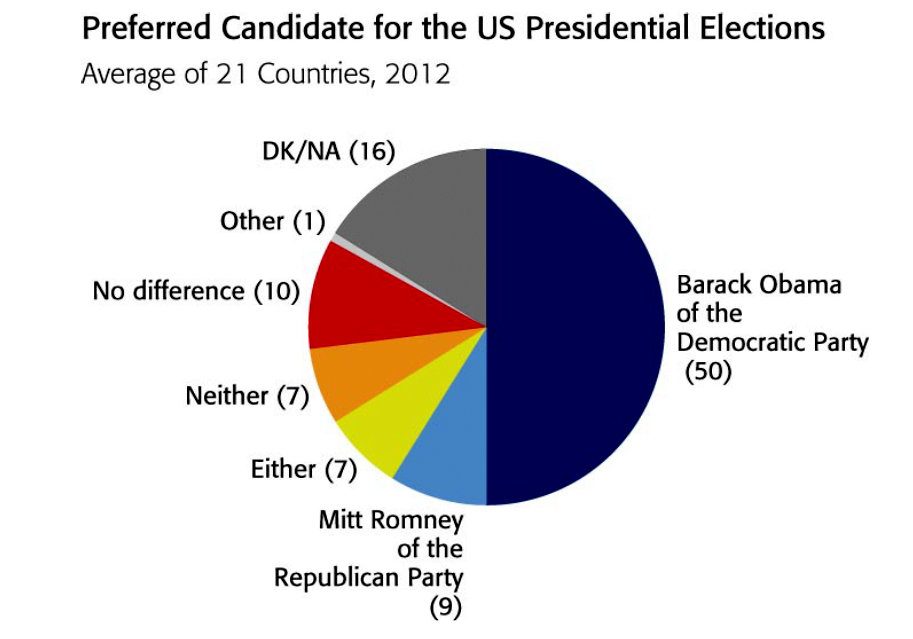 In a show of how much the world – and US allies respect President Obama –  BBC World Service poll surveying 22,000 people in 21 countries found a wide preference for President Obama in the presidential race, who scored 50 percent favorable among all respondents to Mitt Romney’s 9 percent.

Almost a quarter, 24 percent, gave some variation of an answer that it made no difference. Only 16 percent said they didn’t know, a reminder of how closely the world follows American politics.

The poll surveyed many of the world’s most populous countries. It emphasized famously Obama-friendly Western Europe but skipped Russia and the Arab Middle East.

Here are the results from Globescan’s report: