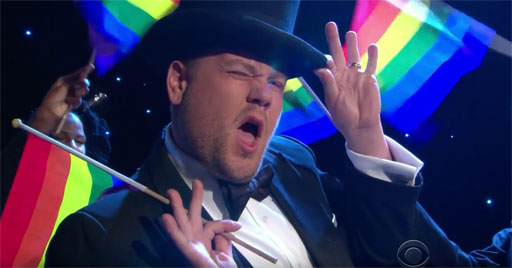 Armed with a swing band and backup dancers, Corden doesn’t miss his chance to skewer Trump’s well-known sensitivities about his diminutive assets:

“Trump wants to seem like a manly man, overcompensating for his tiny… hands.”

Watch the clip below: