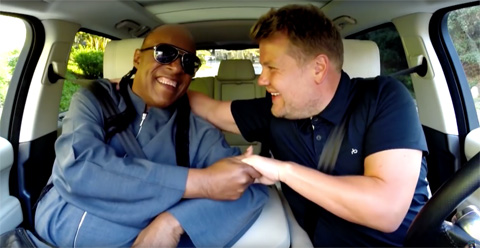 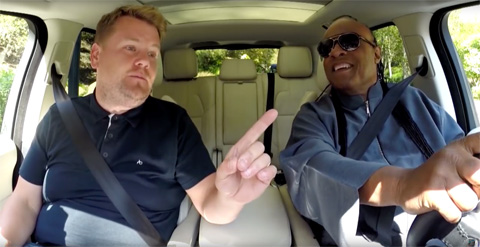 Another great segment by James Corden and The Late Late Show team.

In this Carpool Karaoke clip, Stevie Wonder helps James get to work(it’s easier to commute in the carpool lane, don’t you know?), although in the beginning no one’s quite sure who’s going to drive.

Once that gets sorted out, Stevie shares some ideas he has about James including forming a new band called The WonderCats, although Stevie puts his foot down that James must never play the harmonica.

In a FaceTime call to a friend, Stevie does come to the ultimate truth that “all English guys look the same” to him.

Funny, funny stuff and great chemistry between the two. Plus, lots of Stevie Wonder karaoke along the way. 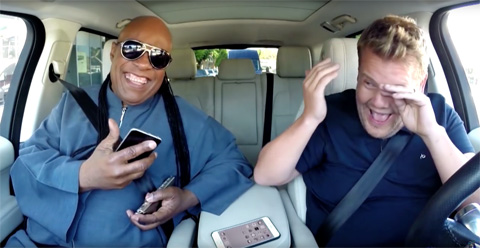