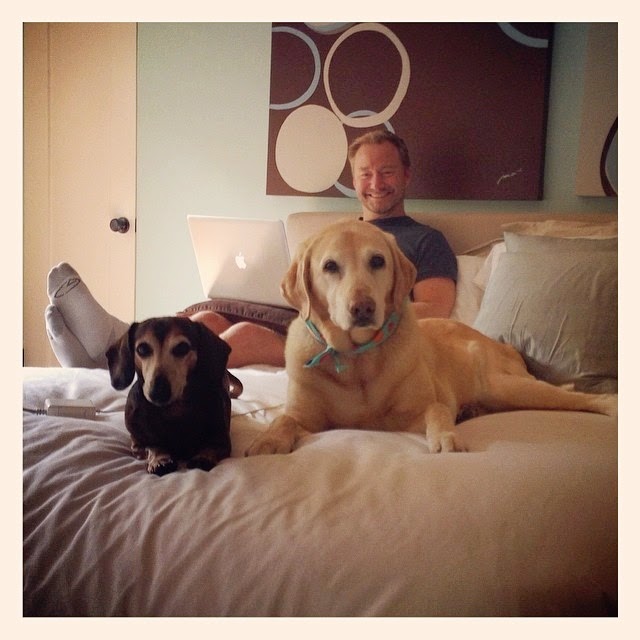 Bruno the wonder dog and brood make their occasional appearances here on The Randy Report.

But, I’m lucky that for years, when I travel to Los Angeles, I have my “other” kids to have around me.  My bff (and Out Music Award winner) Matt Zarley’s dogs Dylan and Cooper always keep me company when I’m working from the guest room at Casa Zarley.

I used to joke with Matt that Dylan was my doggie boyfriend because Dylan always went wherever I did in the house. He’s a special guy.