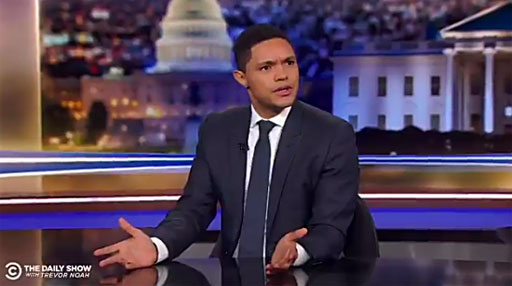 The Daily Show host Trevor Noah took time between takes to speak to his studio audience about Donald Trump’s ability and talent to turn victimhood against accusers in this new world.

As Noah wisely notes, “People felt, because of Trump, like they were losing their country. They felt like America was losing. ‘Feeling’ is often times more powerful than what is actually happening.”

“One of the richest men in the world and he’s like, ‘We’re losing folks. The game is rigged.'”

This is really worth your time.

“Trump’s most powerful tool is that he knows how to wield victimhood. He knows how to offer victimhood to the people who have the least claim to it.” #BetweenTheScenes pic.twitter.com/1sRr0EGxc4