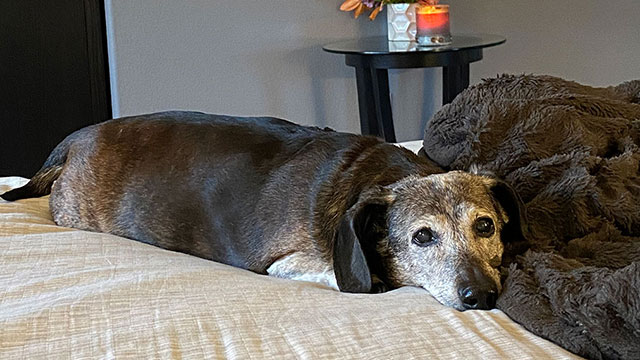 I’m sad to share that our puppy Bear, who was nearly 17-years-old, passed away on Saturday.

He’d been on medication for a heart condition for the past few months but was doing well. Thursday night he was fine, occasionally taking the time to bark at a friend’s basset hound we were dog-sitting.

But out of nowhere on Friday, he stopped eating food and barely took any water and couldn’t keep the water he did drink down. Listless and a bit disoriented, he was very quiet and basically slept all day. 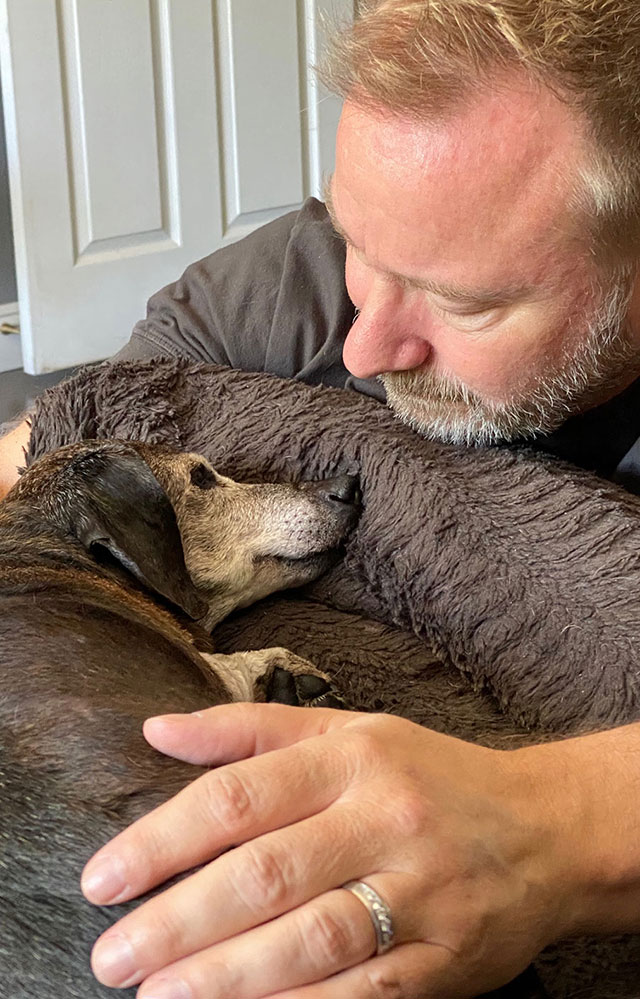 In the past, he also experienced brief seizures that began coming more often. He’d had them before, but usually weeks between episodes.

Friday night, he was very restless and couldn’t get comfortable. We were up most of the night watching him.

On Saturday morning, we were already very concerned, but then the seizures came again. He had six episodes throughout the morning – each more violent than he has ever had. Heartbroken, we knew what we had to do. We had to be his “humans” and take his pain away.

Our ‘Prince of April Wind’ crossed the rainbow bridge – on his favorite blanket that he slept on every night – with the help of two very compassionate veterinarians who came to the house.

Bear was born last in Michael’s hands, and over the years his timid nature put him down the pecking order in terms of alpha-dom. But in the past seven months, being the lone dog of the house, he flourished and grew confident. Even in his last moments, when the vets came into the bedroom on Saturday, he stood up and barked ferociously defending us from what he perceived as a threat. Our prince had become a knight.

With the passing of any loved one comes grief, but in addition to losing Bear, we find ourselves at the end of our wonderful 23-year adventure with this beautiful dachshund family.

As our friends know, the dogs ruled in our house. For years, the house was full of boundless dog energy.

Everywhere we look, the dogs’ presence is undeniable. Five water dishes spread around the house, six beds, the pantry full of treats, their blankets on our bed…

For all these years, this furry family has loved on us and brought more joy than words can describe. We realize that, as adults, for the past 32 years, we’ve both always had dogs in our lives.

But in 2011, we lost Sabrina. Bandit passed in 2017, Bruno followed a year later, and this past November Tyler departed.

As we lost them over the years, there was always the surviving pups to love on and pour our hearts into. Now, just silence.

We are heartbroken and the pain is so deep we are both literally numb.

Rest in peace our little teddy Bear – your family is there waiting for you on the other side of the bridge. It’s the end of our Doxie Dynasty. 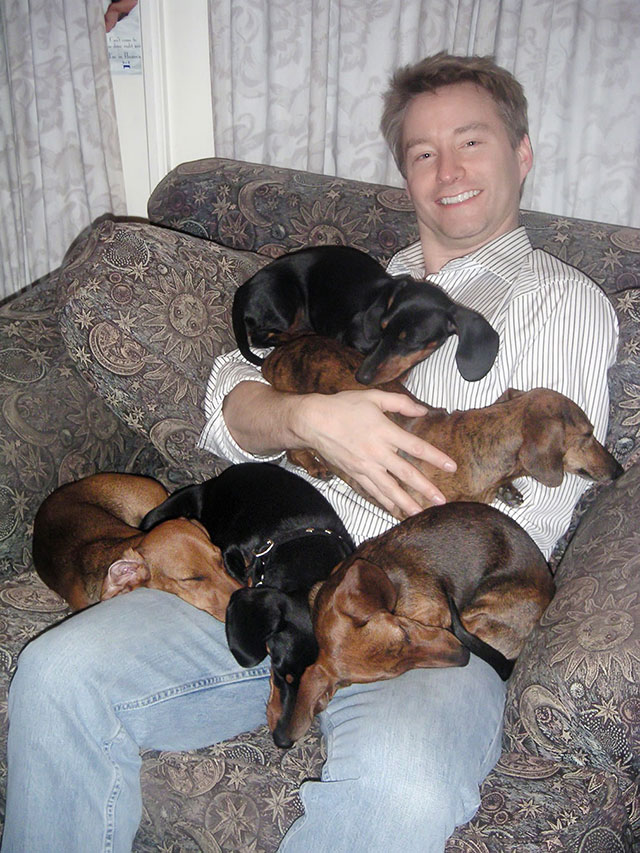