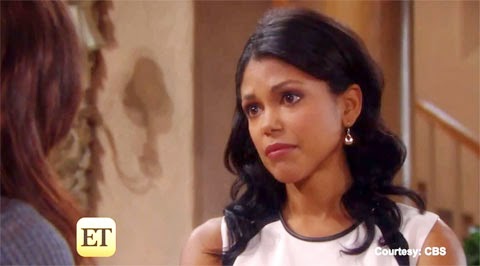 Soap operas have long relied on the “long lost secret” device in the daily twists and turns of daytime dramas.

Now, CBS’ long-running soap The Bold and the Beautiful has incorporated a transgender character by announcing that one of it’s characters – “Maya” – was actually born “Myron.”

Daytime actress Karla Mosley, 33, has played Maya for more than two years, is thrilled with the development. When she was told after Christmas that Maya had a secret, this wasn’t the first thing that popped into her head. “My first reaction was surprise, because 10 or 20 years ago, this is not a story we would be telling, and not in a way that’s truthful and not sensational,” Mosley says. “My second reaction was, ‘Thank you.’ It’s a gift it’s a privilege,” she says. “It’s a real opportunity to educate our viewers here and all over the world.”