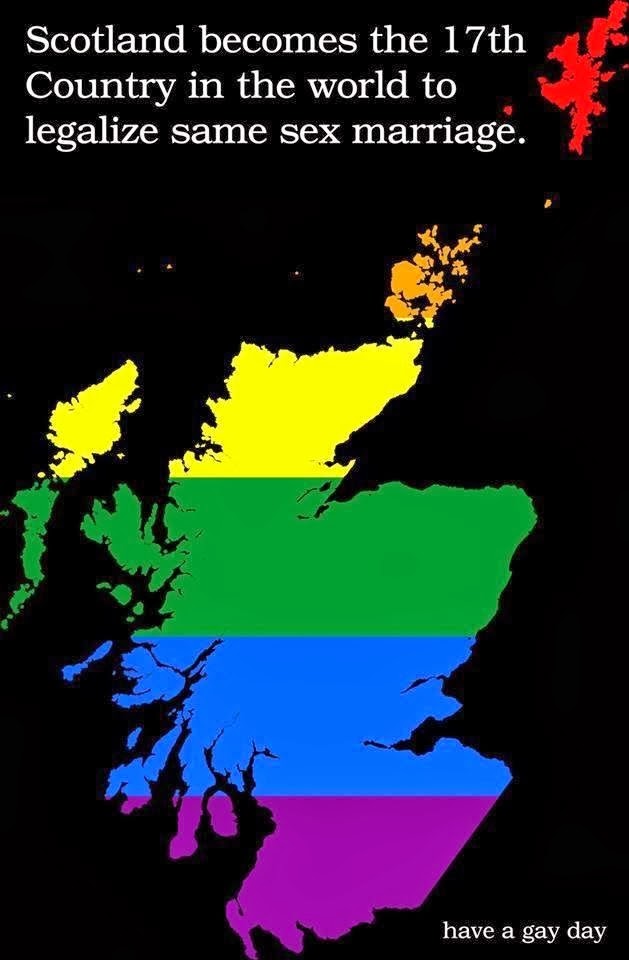 The Associated Press reports
that the Scottish Parliament has overwhelmingly voted in favor of a
same-sex marriage bill, allowing the first such ceremonies to take place
by the end of the year.

Scottish Health Secretary Alex Neil called the bill’s approval “one of
the great historic days of the parliament.”