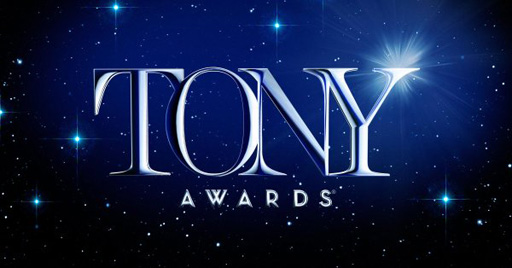 And a good time was had by all.

Last night’s Tony Awards held in New York City was a terrific celebration of all things Broadway with several high points for the LGBTQ community.

The Band’s Visit, something of an underdog against big brand-name musicals Mean Girls, Spongebob Squarepants and Frozen, won an amazing 10 trophies including “Best Musical.”

Mean Girls went home empty-handed and Spongebob only snagged a Tony for “Best Scenic Design of a Musical.” The two productions were the most-nominated of the evening.

The acclaimed revival of gay-centric Angels in America: A Gay Fantasia on National Themes starring Andrew Garfield and Nathan Lane (both winners) won the Tony for “Best Revival of a Play.” Garfield’s acceptance speech for his work in the play was totally a win for the LGBTQ community:

Alex Newell, in spectacular, non-traditional casting as “Asaka,” led the cast of Once On This Island in a performance of “We Dance/Mama Will Provide” before winning the statue for “Best Revival of a Musical.” Watch Newell throw-down in life-giving style below:

Hosts Sara Bareilles and Josh Groban did a good job with their hosting duties mainly staying out of the way (in a good way) as well as offering a hilarious riff on the trials and tribulations of performing 8 times a week on a Broadway schedule.

The students from Marjory Stoneman Douglas High School performed “Seasons of Love” from RENT in honor of their drama teacher Melody Harzfeld who received this year’s Theatre Education Award as well as a $10,000 donation to the school’s theatre program.

And there was that little political bon mot from Robert DeNiro.

Introducing Bruce Springsteen (who was honored with a Special Tony Award )for a musical performance, the Oscar winner shared a few choice thoughts to the audience regarding Donald Trump.

CBS may have censored the statement but the packed house at Radio City Music Hall roared to a standing ovation after De Niro succinctly offered, “Fuck Trump. It’s no longer ‘Down with Trump!’ It’s just ‘Fuck Trump!’”

The Australian feed didn’t cut anything:

Check out all the performances and acceptance speeches on YouTube.

Here’s a complete list of those who took home Tony Awards last night:

Best Revival of a Musical: “Once on This Island”

Best Revival of a Play: “Angels in America”

Best Book of a Musical: “The Band’s Visit,” Itamar Moses

Best Direction of a Play: John Tiffany, “Harry Potter and the Cursed Child”

Best Direction of a Musical: David Cromer, “The Band’s Visit”

Recipients of Awards and Honors in Non-competitive Categories: