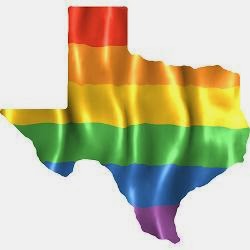 Following the wedding of Sarah Goodfriend and Suzanne Bryant this morning in Austin, Texas, the Texas Supreme Court has issued an emergency order blocking all future gay marriages.

Goodfriend and Bryant were issued the license after a District judge ordered Travis County Clerk Dana DeBeauvoir to grant it.

“The Texas Supreme Court has granted a stay of two trial court rulings that Texas’ constitutional amendment banning same-sex marriages violates constitutional protections to equal protection and due process of law,” The Texas Attorney General’s office said this afternoon. “Motions to stay orders by two Travis County judges, one in a probate case and the other a temporary-restraining order granting a same-sex couple a marriage license, were sought by the Texas Attorney General’s Office.

“In the probate case the attorney general also sought an order reversing the probate judge’s decision in a case to determine a will contest. That petition for a mandamus writ remains pending.”