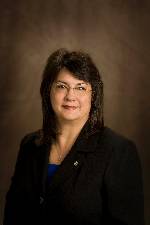 Joyce Lewis-Kugle, clerk for Rusk County Texas, has decided she would rather resign from her position than issue marriage licenses to same-sex couples.

Good riddance. Government officials don’t get to pick and choose which duties they will and will not carry out.

Apparently, Lewis-Kugle felt issuing a marriage license would somehow constitute taking part in the marriage, which she opposes on the basis of her chosen religion.

In 1967, several county clerks took a similar position with interracial couples who sought to marry.

Ms. Lewis-Kugle sought legal advice from the county’s district attorney, Michael Jimerson, about whether she could legally deny to serve gay and lesbian couples.

D.A. Jimerson told reporters he advised Ms. Lewis-Krugle (photo right) that if she followed the attorney general’s advice, she could expect to be sued. Mr. Jimerson said he told her:

“The Supreme Court is the law of the land. You can either resign in protest or issue the licenses.”

Texas Attorney General Ken Paxton recently advised county clerks that they could deny licenses to same-sex couples, and he would assist those clerks with finding free legal representation.

A deputy clerk for Rusk county told reporters the county has not yet received an application for a marriage licenses from a same-sex couple, but that when it does, the office will process the request.