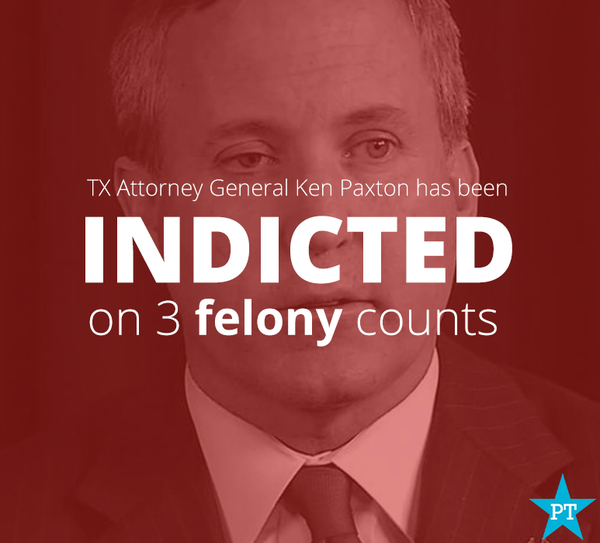 Texas Attorney General Ken Paxton has been indicted on three charges by a grand jury in Collin County, two people close to the case told NBC 5 on Saturday.

The indictments were issued on Tuesday and immediately sealed, the sources said, adding they are set to be unsealed as early as Monday in Collin County.

A Tarrant County judge has been appointed to hear the case, the sources said.

With help from the Texas Rangers, the grand jury and two special prosecutors have been investigating whether Paxton committed a securities crime by acting as a broker without being licensed.

Paxton admitted to the Texas securities board last year that he was not registered when he solicited clients for a friend, investment broker Frederick “Fritz” Mowery, who paid Paxton a fee.

Paxton paid a $1,000 civil fine. He has said he thought that the fine ended the matter.

Paxton’s relationship with a McKinney computer company called Servergy, has also come under scrutiny. Servergy, which claims to make an energy-efficient computer server, is under investigation by the U.S. Securities and Exchange Commission for possible fraud.

“Three felony charges, resulting from a Texas Rangers investigation, are an extremely serious matter,” he said in a statement. “As the top law enforcement official in Texas, AG Paxton owes the public a full, candid explanation for these charges, as well as an explanation of how he can continue to do his job as he deals with three felony indictments.”

Paxton has been a virulent opponent of same-sex marriage in Texas.