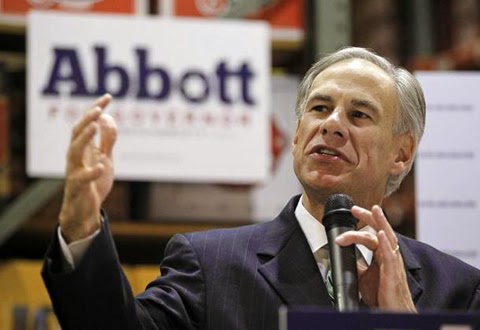 Despite the fact that two federal appeals courts have rejected procreation as a legal reason to deny same-sex couples the right to marry, Texas Attorney General Greg Abbott has chosen to use that very argument (creative) in his filing to the Fifth Circuit Court of Appeals.

“By recognizing and encouraging the lifelong commitment between a man and woman — even when they do not produce offspring — the state encourages others who will procreate to enter into the marriage relationship,” Abbott said in the state’s first brief, filed late Monday at the 5th U.S. Circuit Court of Appeals.

Promoting opposite-sex marriages “increases the likelihood that children will be born into stable environments where they are raised by their mother and their father,” Abbott argued.

Such family structures are good for the children’s well being and good for the state because they increase the likelihood that parents, not society, “will bear the cost of raising these children,” the brief said.

The legal landscape has significantly changed since February, when U.S. District Judge Orlando Garcia ruled that the Texas ban on same-sex marriage is unconstitutional because it relegates gay couples to “second-tier status” and demeans their dignity for no legitimate reason.

Garcia, who also tossed out Texas’ ban on recognizing same-sex marriages legally performed in other states, was the fourth federal judge to make a similar ruling since late December, following jurists in Utah, Oklahoma and Virginia.

Federal judges in 10 other states have overturned same-sex marriage bans saying the laws violate the US Constitution.

Both the 4th Circuit and the 10th Circuit specifically addressed the issue that procreation is no justification for discriminating against gays and lesbians.