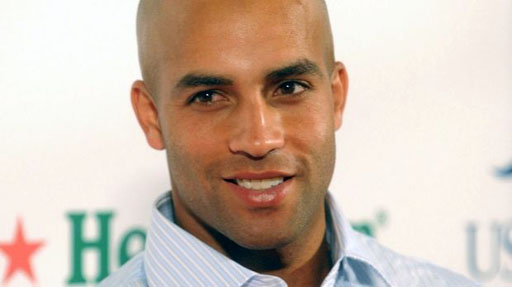 James Blake, once ranked 4th in the world of professional tennis, was mistaken for a suspect in an identity theft crime, tackled, slammed to the ground and handcuffed by plainclothes police officers.

After fifteen minutes of being handcuffed, the five police officers involved realized they were mistaken. The first officer, who tackled him, slammed him to the ground and cuffed him, never said a word of apology.

The incident occurred around noon in front of the Grand Hyatt on East 42 St., as Blake, a 35-year-old African-American who attended Harvard before going on tour, was waiting for a car to take him to Flushing Meadows, where he was making corporate appearances for Time-Warner Cable.

“It was definitely scary and definitely crazy,” said Blake, who was once ranked No. 4 in the world and was among the most popular U.S. players of his generation. He suffered a cut to his left elbow and bruises to his left leg.

“You’d think they could say, ‘Hey, we want to talk to you. We are looking into something. I was just standing there. I wasn’t running. It’s not even close (to be okay). It’s blatantly unnecessary. You would think at some point they would get the memo that this isn’t okay, but it seems that there’s no stopping it.”

So, this isn’t hard, Mr. First Cop. You make a mistake, at least say you’re sorry. You tackle someone, slam them to the ground, handcuff them – and then when it’s clear you’re in the wrong you walk on with no word of apology?

Oh, did I mention he’s black? And yes, all the officers were white.