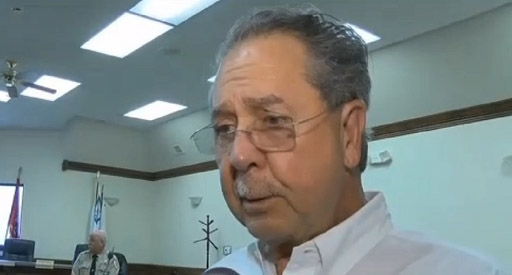 I reported earlier this week about Lance Sanderson, an 18-year-old student at Christian Brothers High School in Memphis, wanted to bring a same-sex date to the school’s homecoming dance.

After school officials denied his request, Sanderson shared his story on social media and launched a petition in hopes of changing their minds. It didn’t.

Ultimately, Sanderson did not attend the homecoming dance at all. But, referencing his social media outreach on the issue, the school suspended Sanderson because they were upset about the unwanted media.

Now, Clark Plunk, a Lakeland commissioner, has publicly attacked the 18 year old in a Facebook rant which includes deriding the LGBT community as a whole. Here’s the text of the post via Towleroad:

It’s a Christian school so i you don’t like the rules don’t go there. As usual you have one person trying to change the rules just for himself. I’m told by the alumni the gay kid is looking for publicity. I hate the term gay. It makes them sound like they are happy and ‘Gay’ And they want to call people that criticize them homophobes to make them sound mean. As a whole, gays are mean, cruel spiteful people with an axe to grind.

The kids love the school a hate their school is in the limelight over a gay kid and his gay boyfriend….This is not about a homo and his rights it’s about a school that is loved by thousands and their memories and their right to keep their history and Christian values intact.

I would say let the little homo sue all he wants. The alumni of CBHS will meet him dollar for dollar and lawyer for lawyer. This is a threat to our values, our Christian values. Everyone shudders when the homosexuals say the word sue. They are vicious spiteful people.

I have been shown a few intolerant comments that were made against myself and other LGBT people. I have nothing but forgiveness for the people who wrote or agree with these comments. I recognize that we all have different beliefs and were taught from varying viewpoints. I hope that individuals and the community as a whole will use this as an opportunity to learn about other people’s beliefs. I know that through education and acceptance, we will move forward as a stronger community.

See a report from WMC ActionNews5 below: