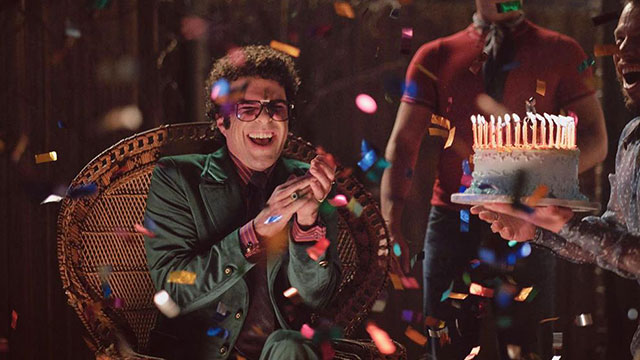 Zachary Quinto, currently starring in the Netflix screen adaptation of The Boys in the Band, recently shared for the first time the reason why he felt moved to come out as gay in 2011.

Quinto hit the national spotlight as a series regular in the NBC sci-fi series Heroes in 2006, which he starred in for all four seasons. In 2007, he was announced to play a young Spock in the reboot of the Star Trek film franchise.

Quinto told Variety in a recent interview that when he began his career in 1999, he was aware of the “explicit stigma’ that was attached to being an openly gay actor.

“I did feel like me coming out would have potentially had an impact on my career and it wouldn’t have been a good one,” Quinto shares.

He also recalled being out with a gay friend and running into a studio executive. After the encounter, the actor worried there were “going to be some ramifications” if he even appeared to be gay.

But then, in 2011, after reading the news of a series of teen queer suicides, Quinto had an epiphany.

“That was at a time when a lot of young gay kids were killing themselves around the country because of bullying,” says the 43-year-old actor. “There was a huge spate of teen suicides that were happening.”

“I just felt like I had an obligation at this point,” he added. “Having enjoyed a certain level of success, I felt like the hypocrisy was too much to bear for me to be enjoying this life that I had created for myself and not acknowledging my identity as a gay man.”

“I felt like it was actively harming a group of young people who the choice to come out could benefit.”

Charlie Carver, one of Quinto’s The Boys in the Band cast mates, also shared his own reason for coming out with Variety which involved a colleague slapping him across the face for appearing “gay” at an Emmy Awards party in 2015.

The coworker apparently criticized Carver three times over the course of the evening telling him to “get it under control.” When the young actor asked for ‘clarification,’ the man slapped Carver.

Said Carver, “That was the moment when I said to myself, ‘I can’t do this. I cannot police myself in that way.’”

The new TV adaptation of The Boys in the Band, starring the acclaimed all-gay/bi cast from the Tony Award-winning 2018 Broadway revival, is now streaming on Netflix.

today is a culmination as much as a celebration. the end of an almost three year journey that has been full of laughter and love – discovery and joy. as we share this vibrant story with the world and invite a whole new generation to the party – i am so grateful to the men that came before… led by the inimitable mart crowley. may all of their legacies be honored in our telling of this story. to @mrrpmurphy @nedmartel #joemantello and this glorious band of brothers – i say thank you for one of the most memorable and meaningful rides… revolution complete! THE BOYS IN THE BAND is streaming globally today on @netflixfilm