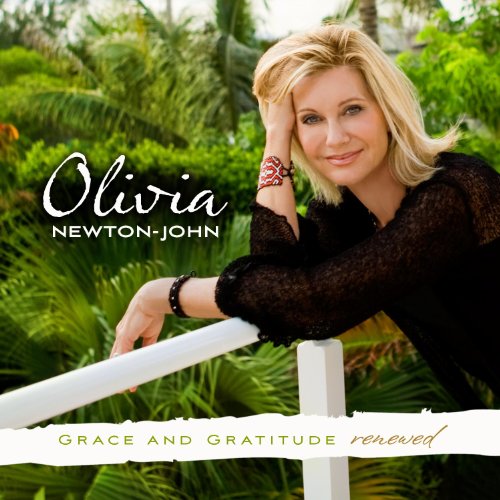 For a bit of #ThrowBackThursday, I’m thinking of my girl, Olivia Newton-John.

Her brilliant 2006 album, Grace and Gratitude, was a touchstone for my cancer journey back in 2009.

She re-released the album, dubbed Grace and Gratitude Renewed, in 2010 with added tracks, including a contribution from Grammy winner David Darling.

When she re-released the album in 2010, it debuted at #2 on the Billboard New Age chart – a new frontier for her.

I was clear of my cancer at the time, and Olivia asked me to direct a charity concert of the album. I was, of course, honored.

The new iteration of G&G featured a new song, “Help Me To Heal.” There wasn’t a music video for the album, but her team gave me raw footage from the original recording sessions in Toronto, Ontario, inviting me to create.

What you see below became the “official” music video for the song. How cool is that?

The album is easily a highlight of her already golden career. Not necessarily a “new age” release, it’s relaxing, revitalizing and helps people “breathe” after day-to-day pressures. I think it’s quite fantastic.

As many know, Olivia is currently facing a recurrence of her breast cancer from 1992.

I hear she is doing very well with her current treatment, and I look forward to seeing her back onstage next month.