• Outsports: Out pro baseball player Bryan Ruby shares his experience returning to the “hyper-masculine” locker room after coming out as gay. END_OF_DOCUMENT_TOKEN_TO_BE_REPLACED 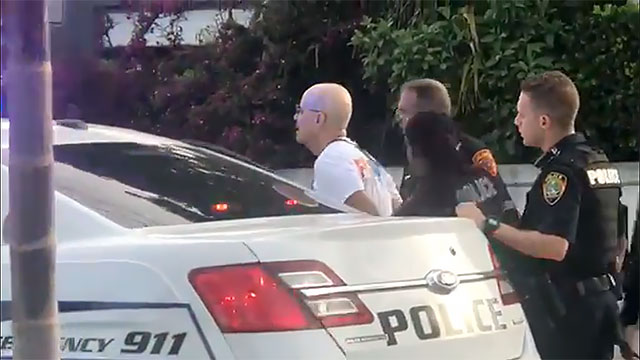 The man who was behind the wheel of the truck that accidentally killed one Wilton Manors Pride parade participant over the weekend and injured two others has issued a statement and apology.

Fred Johnson Jr., who has been named by police as the driver of the vehicle that veered out of control killing one person and injuring two others at Saturday’s Stonewall Pride Parade in Wilton Manors, FL, has offered his “sincere regrets to all those who were impacted by this tragic event.”

In a statement sent to The Daily Beast, Johnson, 77, who is a member of the Fort Lauderdale Gay Men’s Chorus—as were the deceased, James “Jim” Fahey, 75, and two injured men, Jerry Vroegh, 67, and Gary Keating, 69—wrote, “This was a horrible accident… I love my Chorus family and the community, and would never do anything to intentionally harm anyone. Please know that I hold my fellow Chorus member, Jim Fahy, in my heart forever and offer my condolences to his friends and family.”

Fort Lauderdale police are still gathering evidence, but have acknowledged the incident seems to have been an accident.

Apparently, due to health issues Johnson was unable to walk in the parade so he was chosen to drive the white pickup truck. As he moved the vehicle into position for the start of the parade, the truck accelerated unexpectedly, striking the victims. 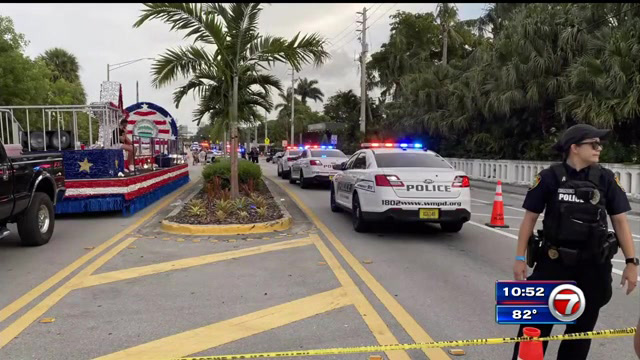 The latest news regarding the incident at the Wilton Manors Pride event on Saturday which left one attendee dead and another hospitalized appears to have been unintentional.

A member of a men’s chorus group unintentionally slammed into fellow chorists at the start of a Pride parade in South Florida, killing one member of the group and seriously injuring another, the group’s director said Sunday, clarifying initial speculation that it was a hate crime directed at the gay community.

The 77-year-old driver was taken into custody, but police said no charges have been filed and the investigation is ongoing.

The elderly driver had ailments that prevented him from walking, according to a statement Sunday from Fort Lauderdale Police, who said he was cooperating with the investigation and there was no evidence drugs or alcohol was involved.

Wilton Manors Vice Mayor Paul Rolli told the AP in a phone interview, “The early investigation now indicates it looks like it was a tragic accident, but nobody’s saying finally what it is.”

Out Fort Lauderdale Mayor Dean Trantalis was present when the incident occurred and told WPLG it had been a deliberate attack.

“This is a terrorist attack against the LGBT community,” Trantalis said. “This is exactly what it is. Hardly an accident. It was deliberate, it was premeditated, and it was targeted against a specific person. Luckily they missed that person, but unfortunately, they hit two other people.”

Wilton Manors Mayor Scott Newton says “It was a pure accident” and asks for prayer for families impacted. @WPTV pic.twitter.com/bjRKlyZW8C

A crash at the Wilton Manors Stonewall Pride Parade initially drew speculation that it was a hate crime directed at the gay community. But the community’s mayor said the early investigation shows it was an accident. https://t.co/RAyf3YLa1B

Tragedy struck the twilight Stonewall Pride march in Wilton Manors, Florida on Saturday leaving one person dead and two others are injured after a truck drove into attendees just before the beginning of the event.

The pickup truck driver appeared to be part of the march but then suddenly accelerated when he was told he was next in the procession according to WSVN-TV.

Photos from the scene where a truck drove into a crowd taking part in The Stonewall Pride Parade and Street Festival in Wilton Manors. Rep. Wasserman Schultz is seen reacting to the incident. @SunSentinel pic.twitter.com/UAIaa7yRTe

Two adults were transported to a local hospital where one later died, according to a police spokesman. The other remains hospitalized with serious injuries but is expected to survive. A third victim is in a stable condition.

I am deeply shaken and devastated that a life was lost and others seriously injured at tonight’s @WiltonManorsCty Stonewall #Pride Parade. My staff, volunteers and I are thankfully safe.

We’re praying for the victims and their loved ones as law enforcement investigates, and I am providing them with whatever assistance I can. I am so heartbroken by what took place at this celebration. May the memory of the life lost be for a blessing.

The event was canceled and and an investigation is underway according to Wilton Mayor Scott Newton in a statement to the press.

Out Fort Lauderdale Mayor Dean Trantalis was in attendance and told WPLG he believed it was a deliberate attack.

“This is a terrorist attack against the LGBT community,” he said. “This is exactly what it is. Hardly an accident. It was deliberate, it was premeditated, and it was targeted against a specific person. Luckily they missed that person, but unfortunately, they hit two other people.”

But later reports indicate the incident may have been an accident. At this point in time there hasn’t been any definitive announcement.

This may be an extremely tragic accident, not an attack. Driver saying his foot got stuck between the gas and brake. He was wearing a Ft Lauderdale Gay Men’s Chorus tee. 😭

It seems increasingly probable it was an accident. Still filled w sadness.

Justin Knight, the President of the Fort Lauderdale’s Gay Men’s Chorus, confirmed in a statement that the driver was “part of the Chorus family.” Knight added, “To my knowledge, this was not an attack on the LGBTQ community.”

“He appeared to be part of the parade,” he noted, “he was wearing a Pride shirt.”

Some theorize the jump to believe the incident was an ‘attack’ is due, in part, to a bill signed into law by Gov. Ron DeSantis (R) in April which assigns civil immunity to anyone who drives a vehicle into protesters that are blocking a road during a “riot.” 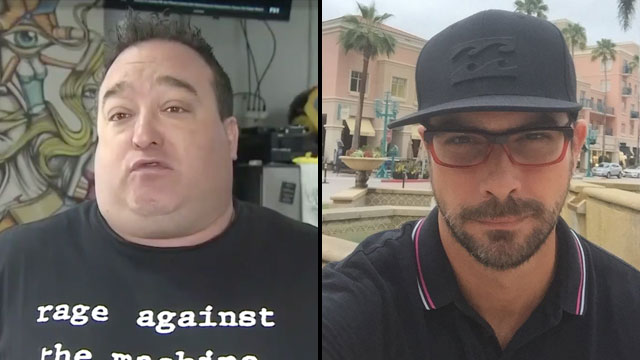 WSVN News reports that Gary Bouvier, owner of the local restaurant Wilton Wings, spit into the face of a bartender at The PUB, located in Wilton Manors, Florida, after being asked to wear a face mask due to the ongoing coronavirus health threat.

Bouvier is reportedly under investigation by Wilton Manors Police Department and faces felony assault charges related to the attack.

It’s worth noting The PUB has a sign posted on the front door requiring customers to wear a face mask.

The Independent reported today the number of coronavirus cases in Florida has hit a new daily record.

Friday night I had a guy actually come behind the bar looking for a restroom. I told him it was on the other side and he needed to put his mask on while walking around. He said, “ You don’t know who I am, and fuck off.”

I followed him to near the bathroom and told him the masks were to protect others and he needed to wear one while walking about. Again, he said, “You don’t know who I am and to fuck your mom.”

He continued to say “you don’t know who I am” and shouted profanity. I walked away although he said I assaulted him in the bathroom. We have video and I never went in the bathroom.

Probably about 7 minutes later he comes in from outside, actually has a mask on, pulls it down and spits in my face. He says, “Fuck off and you messed with the wrong person” I was completely in shock and so was his wife. This man spit in my face and put my life at risk and other patrons who were around the area. Spit stays in the air for a while. We called the Wilton police right away but he ran out to his Lamborghini to get away.

Bouvier issued a statement on the Wilton Manors Gayborhood Facebook page expressing his “sincere regret” for the incident. He wrote, in part, “I consumed too much alcohol and engaged in out-of-character behavior for which I profoundly regret.”

Saying he “deeply” apologizes to Mr. Cullinan, he adds he is “making efforts” to convey his sorrow and hopes that “one moment of poor judgment does not define” who he is.

Some folks on the Gayborhood FB page have alluded to “everyone” having a “moment of weakness” and the apology should be enough.

I have to ask – who reading this has ever SPIT in the face of a bartender or announced: “You don’t know who I am!” 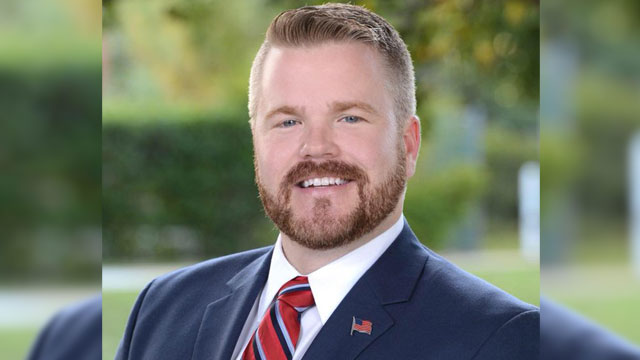 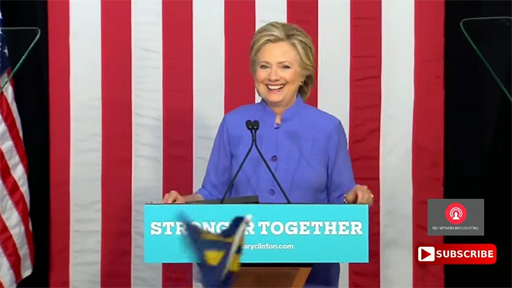 Hillary Clinton spoke at a packed and raucous LGBTQ rally this afternoon at the Manor Complex in Wilton Manors, Florida.

In advance of the event,  the Clinton campaign said, “She will participate in the Community in Unity rally in Broward County, where she will lay out her agenda for an America that is stronger together, that would support the LGBT community in South Florida and across the country.”

From the Fort Lauderdale Sun-Sentinel:

Activists have been planning the LGBT community event for most of the last week, but didn’t learn until Saturday afternoon that Clinton would be the headliner. The Clinton campaign said she would discuss her agenda “that would support the LGBT community in South Florida and across the country.” Local organizers designed the event to encourage early voting. The venue, a nightclub called the Manor Complex, 2345 Wilton Drive, is just down the street from a Broward County early voting site.

Flyer for the event: 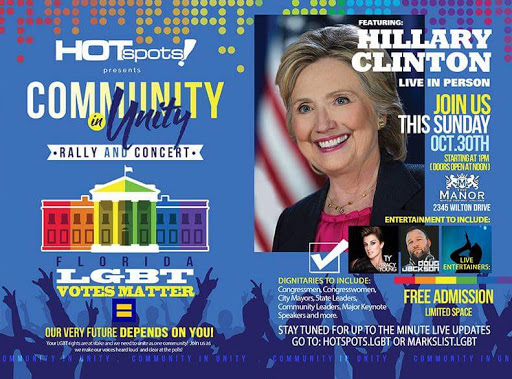