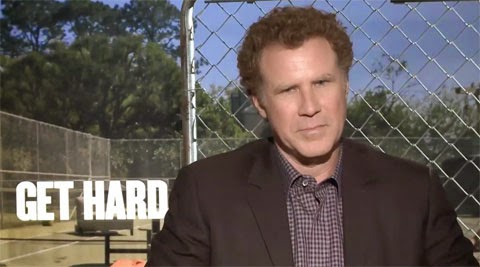 Will Ferrell and Kevin Hart are catching a lot of grief for their new movie Get Hard, where a hedge fund manager is sentenced to prison.

Although a comedy, the film is being criticized for racist and homophobic stereotypes that Variety has labeled “some of the ugliest gay-panic humor to befoul a studio release in recent memory.”

But Hart and Ferrell don’t see it. According to Hart – “Funny is funny.” 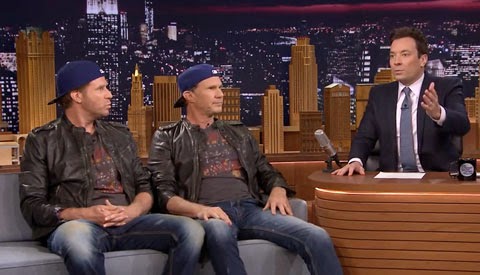 Jimmy Fallon  officiates the drum battle of Will Ferrell and Chad Smith (of the Red Hot Chili Peppers) for the title of greatest drummer on the Tonight Show.

Who knew they seriously looked so much alike???

Chad’s last solo kills. Over 4.5 million views in less than a day. 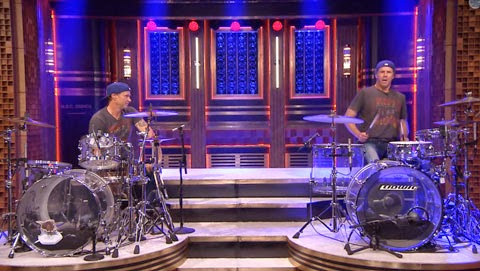 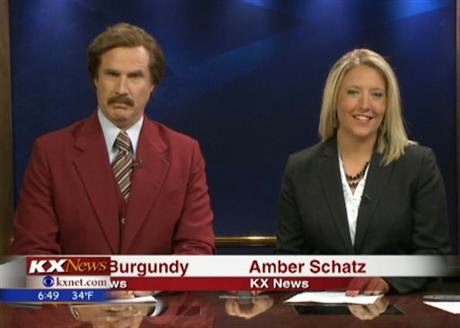 Ok, I think this is brilliant.

In anticipation of the release of Will Ferrell anchored an entire real-life newscast on Saturday night in Bismarck, North Dakota as his Anchorman character Ron Burgundy. His real-life co-anchor Amber Schatz often struggled to keep a straight face.

Schatz had no idea she would have a “guest co-anchor” until a few days before.

No money changed hands, Blumhagen said, and both the movie and television station are garnering significant publicity from the numerous shares on Facebook and Twitter.

Station managers did want some assurances that the stunt wouldn’t go too far, and Blumhagen said Ferrell was on board with maintaining the integrity of the newscast.

Schatz, who typically anchors the weekend newscasts alone, said she didn’t learn that she’d share the dais until Wednesday. It was a complete surprise to viewers.

Ferrell stayed on script for most of the newscast, but a few times he did stray into more “Ron Burgundy” territory.  Sharing  a story on firefighters, he seemed impressed that crews used 500 gallons of water and foam to put out the blaze: “I repeat, 500 gallons.” And later during a story about s’mores he underlined the “s” by pronouncing the word “suh-mores.”

You can watch the entire newscast below.  Great marketing idea.